Reason Diana Marua will have a C-Section

The couple were prepping for theatre yesterday 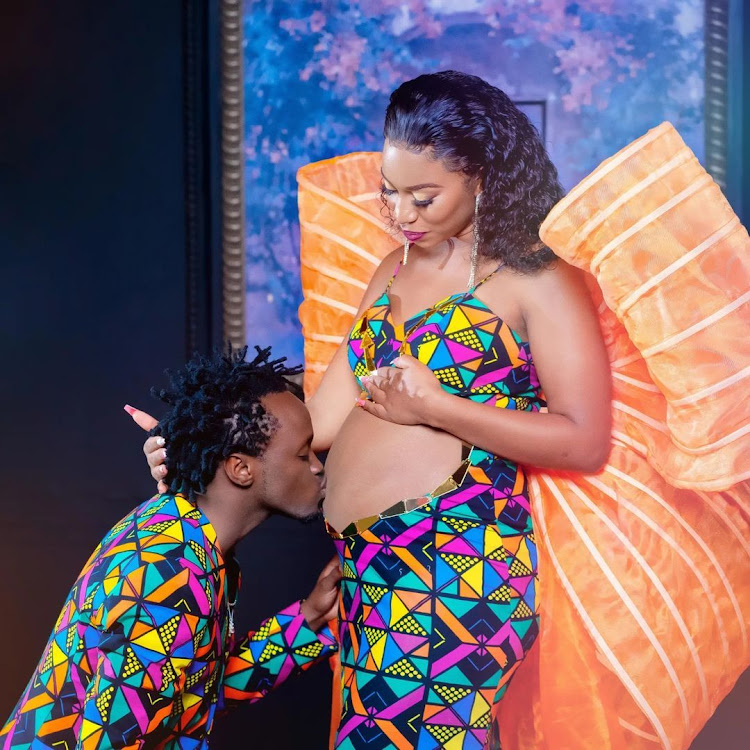 Diana Marua, the wife of Bahati, will deliver her third child via CS, the singer has said.

The father of five recently announced that his wife was ready for theater in a post on all of his social media channels that included a photo of them together taken while they were both in the hospital.

He continued by saying that the pair still didn't have their princess's name.

"It's Time to Go into the Operation Room. Guys It's funny that even at this Last Minute We have not yet agreed on our Daughter's Name 😔 KINDLY DROP YOUR LAST SUGGESTIONS."

A collection of symptoms known as symphysis pubis dysfunction (SPD) induce pain in the pelvic area.

Your pelvic joints stiffen up or move unevenly during pregnancy, which is the typical time for it to happen.

"I did not prefer to go for C-section. What happened with my firstborn baby Heaven, I got a complication where my pelvic bones zilikuwa zinashikana and it got to a point where walking a small distance was very hard for me. I couldn’t even move from the bed to the bathroom," she said in a past video.

"That condition is called Symphysis pubis. So with that, the doctor had to advise me not to go the natural way. Natural birth was not an option for me and on my second baby, the same happened and that’s why I opted for C-section."

In the Instagram post, Bahati shared a photo depicting his wife in a maternity ward, alongside it a caption detailing the moment.
Trending
4 weeks ago

Rapper and content creator Diana Marua is eagerly waiting to welcome baby number three into her family.
Entertainment
1 month ago