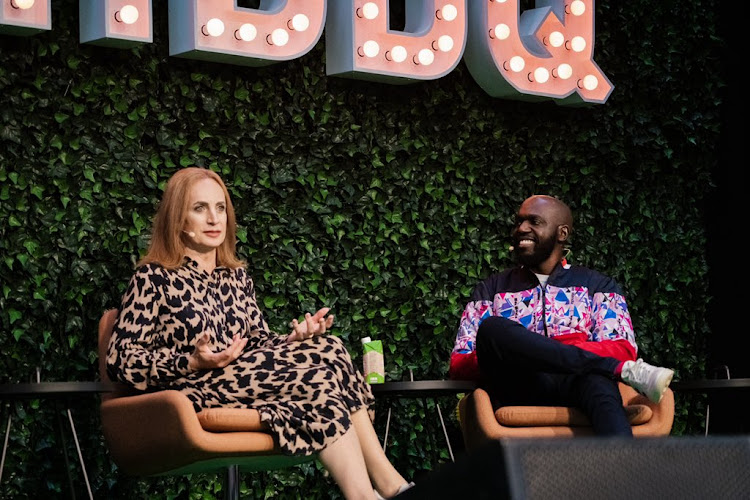 Caroline Farberger with Larry Madowo. The CNN presenter excited Kenyans over his interview with the transgender CEO.
Image: Twitter

In his latest piece dubbed 'Authentic Leadership at an Executive Level: Caroline Farberger // TechBBQ 2022', Larry flies to Copenhagen where he interviews a top Swedish CEO.

The Transgender CEO revealed to Madowo how she became a woman at the age of 49.

In 2018, Caroline was formerly called Carl and left the office on a Thursday, underwent gender transition and Caroline walked in on Friday.

Carl informed his staff that the transformation would happen overnight to prove it's just the packaging but he remains the same person.

Caroline is now a Partner & Chairwoman of VC Investment company.

Caroline who rose to the role of CEO of Swedish insurance company ICA told Larry that the change had been a scary experience for her.

"I was brutally scared if I broke away from my main persona."

Carl left the office on a Thursday and Caroline walked in on Friday.

“In Sweden, and most places around the world, undergoing a public gender transition while serving as CEO isn’t something that happens every day,” @cfarberger says pic.twitter.com/M9Wqqudsgq

Larry then asked the audience to applaud  with the high-powered leader saying; "I wasn't happy now I am a happy person living as myself."

Caroline said that she had a family complete with a wife and three children but wasn't happy.

Caroline says while as a man she never really understood that the playing field for men and women was different.

Caroline says the gender transition has made her become a better leader, and hopes to become a shining example to others.

Kenyans who've watched the YouTube video were quite amused and hilariously told him that the topic is rather foreign to the 254.

@daniel_yogo...Even after listening to the video I still don't understand

The rest of the interview about her gender journey is on youtube.

Celebrated Kenyan media personality and CNN Journalist Larry Madowo has wowed Kenyans with his recent photo of his recent coverage in Nigeria.
Entertainment
1 month ago

Maya Hayakawa, the veteran media personality was treated to a lavish gender reveal party.
Trending
1 month ago
WATCH: For the latest videos on entertainment stories