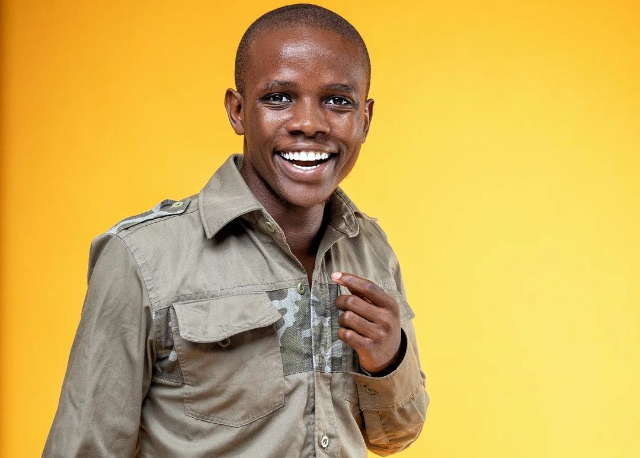 Kennedy Odhiambo or as you might know him as Crazy Kennar is among those selected in Africa to represent Kenya in the Meta the Creators of Tomorrow initiative together with radio presenter Kwambox.

Meta recently launched the Creators of Tomorrow showcase, which 'highlights diverse individual talents across Europe, The Middle East, and Africa who are inspiring a new movement of creative content online.'

The Actuarial Science student in JKUAT, started comedy when he joined the campus in his first year with his close friend Stanley Omondi in 2017 when comedy on Instagram was still new.

Below is a timeline of Crazy Kennar and how far he has come about his comedy career:

A video of him surfaced when the hilarious 24-year-old was in his second year of campus from shared friends and brought him to the limelight.

See the video below:

Now hitting 5 years in the comedy industry which he never intended to pursue at first according to an exclusive with the standard.

He planned to act instead but found himself doing comedy with his fellow comedian friend Stanley Omondi.

With time he gained other friends Stanley Omondi, Bushra Sakshi, and Yyvonne Khisa who he says all came together because all of them saw the bigger goal.

So far he has traversed the entertainment industry and beat lots of other big comedians.

In turn, he has worked with big names such as Sauti Sol's lead singer Bien in his most recent skit.

His comedy thing has also made him work with brands such as Tusker, DStv, Game Supermarket, Chrome Gin, and Airtel.

He has won several awards such as the influencer award during the Digital Media Awards ceremony in June 2022.

He is well known for his relatable and hysterical videos on relationships, day to day life occurrences.

This helps him make from 100k to 400k and more often than not that he is not after money or fame but to make people happy instead.

All this success has not come without some bad times the comedian confessed to fighting depression art through his and pledged to help eradicate it in his art.

They always say love is a beautiful thing and if you are in doubt please refer to Kenyan comedian Crazy Kenner.
Lifestyle
2 months ago