'Ongeza wisdom,' Nameless subliminal claps back at a troll

The online troll was mocking Nameless for his choice of outfits Nameless and Wahu. The artist clapped back at a troll who criticised his fashion choice
Image: Instagram

Kenyan veteran musician Nameless had a little bit of a run-in with an online user who woke up and chose violence!

The netizen felt the need to dictate how Nameless dresses and how he should carry himself.

"What is up with him, toa that rug from your head!"  the netizen identified as Peter Mathu told Nameless.

If you ask me people are getting crazily entitled and bold on these social media streets because what even?

When will you ever mature? You are not growing younger... Every photo ni kofia ama rug! Act your age bwana!"  angrily wrote the netizen who seemed mad triggered by Nameless fashion sense as if the artist wearing a durag somehow constricted his airflow.

Or more like he had another headwear business and Nameless wearing a cap and durag affected the netizen's business.

However, in true form, the ever-calm and collected father of three was not going to let a soul that is insignificant in his life throw him off balance or pull him out of character with a shady response.

"Peter, maturity is not measured by age or the things you wear but by the growth in wisdom and self-awareness..." Nameless hit back maturely. 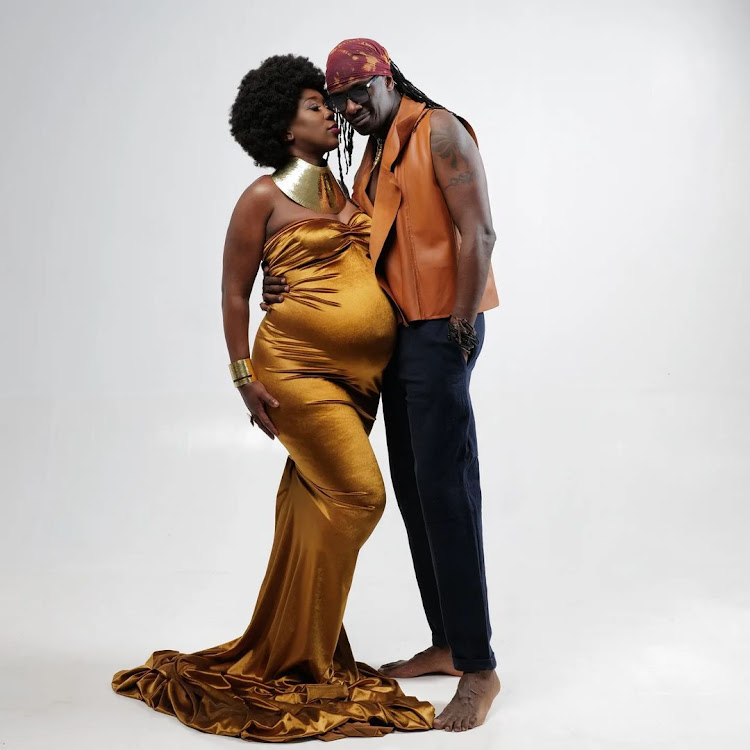 He went on to add that his outfit choice, headgear, and shades, were his brand.

And anyone who knows Nameless knows that is true. Ever since I was a kid that has always been his signature look. The dreads, durag, and dark sunglasses.

"You should know by now my headgear and shades are just the Nameless Brand identity. Ongeza wisdom so that you can realize some things quickly..." Nameless added with that subliminal yet shady clap back.

He finished off by writing, "Also go and check on your self-awareness it seems it is low.... grow it, itakusaidia in making critical life decisions.

You have to love a king who knows how to handle trolls without breaking character because that is what the "Sinzia" hitmaker just did!

Nameless responds to fans over pressure to get a baby boy

After welcoming a baby girl a few days ago, musician Nameless has been obliged to confront fans who are pressuring him to have a baby boy.
Entertainment
1 month ago

Legendary Kenyan musician and his wife Wahu Kagwi welcomed baby number three into their family a few days ago.
Entertainment
1 month ago