Vera Sidika set to walk down the aisle 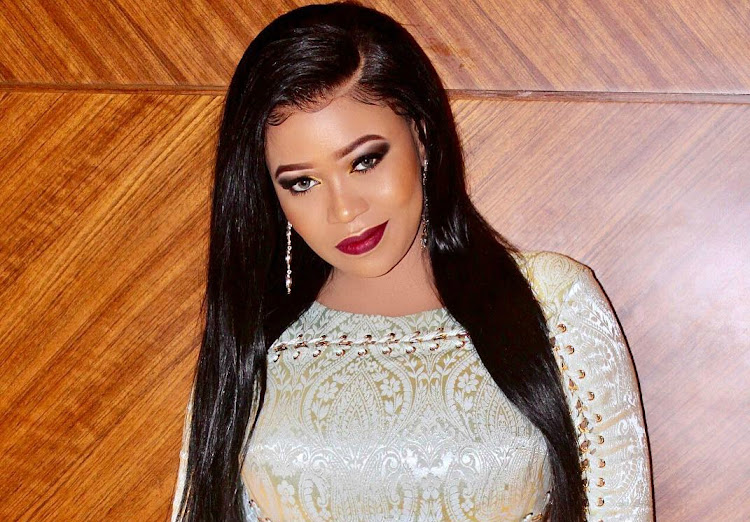 Vera Sidika. The socialite has confirmed she'll be walking down the aisle soon
Image: Instagram

Vera Sidika today held an engaging Instagram Q&A session with her followers and fans and the entrepreneur-turned-rapper had quite a lot to share.

She started by dispelling the notion that her baby daddy Brown Mauzo is younger than her.

A curious netizen brought the question up to which the mother of one calmly replied, "Nopes, he's not younger than me. He is actually two years older than I am."

Vera also revealed that the two have been planning a white wedding, but she wasn't sure if it would happen in late 2023 or early 2024 because she is a perfectionist.

Time and again Vera has made it clear that she likes planning details of her life to the last pin drop and we know she loves her events grand, so I do understand her reasons for taking this long to walk down the aisle.

Speaking on the subject she said, "Yes, we'll have a white wedding.

We are thinking of having the wedding at either end of next year (2023) or at the beginning of 2024.

I am a perfectionist so I would really want to take time to plan every single detail to perfection."

She also revealed she'd be dropping another song in the course of this month.

Replying to a fan who had asked the mother of one, "when are you dropping the next banger?"

So, you all better prepare though we are not sure whether she's now fully focusing on trying to master the rap genre or she'll go back to her soft singing.

Mainly the distasteful clout-chasing attempt she used to market/release the song.

Secondly, it was weirdly enough the most disliked song in the country.

The song dubbed, "Popstar" on release had nearly twice as many dislikes as likes. With 21,000 dislikes in less than a week setting a record this year as the most disliked Kenyan song on YouTube.

Hopefully, her new song does better.

Also, wouldn't it be crazy if she and Brown Mauzo pulled a Diana B and Bahati and gave us a collabo?

For now, we can only speculate.

Kenyan socialite and beautyprenuer Vera Sidika Mung’asia is back in the headlines after splashing ShSh30, 320 on her daughter’s dress.
Entertainment
1 month ago

Vera Sidika's daughter Princess Asia has a personal hair stylist who does home visits to do the little girls hair.
Trending
1 month ago