Michelle Obama: I hate how I look all the time 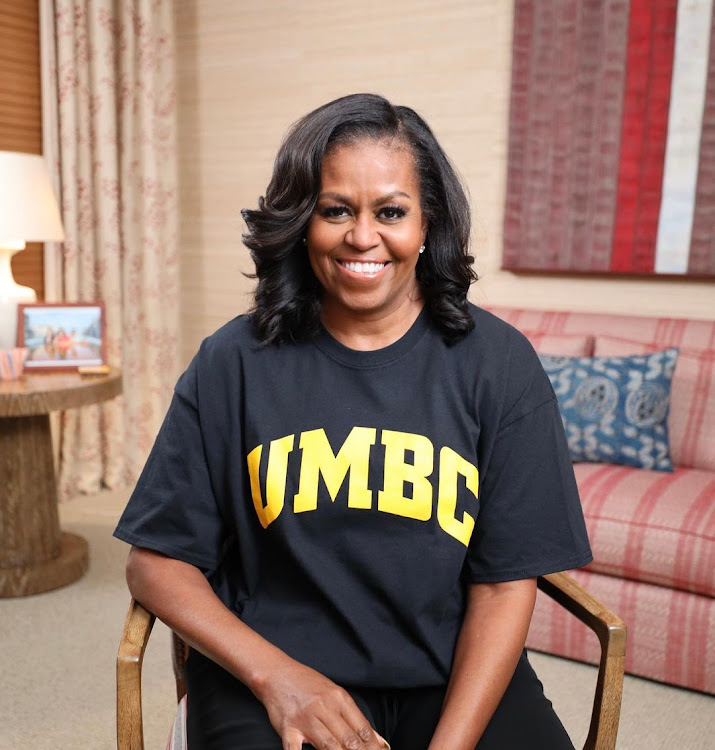 Former first lady, Michelle Obama has admitted she struggles with negative thoughts about her appearance and her "fearful mind", but that women need to "learn to love ourselves as we are".

In her new book, the former US first lady reveals she "hates how I look all the time and no matter what".

But she has found strategies to be kind to herself, she told BBC Breakfast.

She said: "I'm still a work in progress and facing myself each morning with something kind is still a challenge."

She continued: "I try every day to, as I say in the book, greet myself with a positive message.

"And it's really a shame that so many of us, particularly women, have a hard time just looking at our own image and not tearing it apart and figuring out what's wrong.

"I think that's at the core of some of our unease and unhappiness, because if we don't start out by learning to love ourselves as we are, it's hard to pass that on to others.

"So I am working on it every single day."

In the only UK interview for her book The Light We Carry, BBC Breakfast's Naga Munchetty told her: "You are seen as a powerhouse.

"You are seen as this confident woman, this established woman, this smart woman... If you're feeling like this, what hope do the rest of us have?"

Mrs Obama replied: "I think that's the point of sharing it.

"We all have those thoughts, those negative thoughts that we've lived with for years, especially as women and as women of colour, where we don't see ourselves reflected in our society.

"I think we're in a better position, but one of the things I talked about was what it was like growing up, not just as a black woman, but as a tall black woman, before the Serena and Venus [Williams] years, before we had the WNBA [Women's National Basketball Association] and had role models other than gymnasts to look up to.

"It is important for us to see who we can be in order to feel good about ourselves." 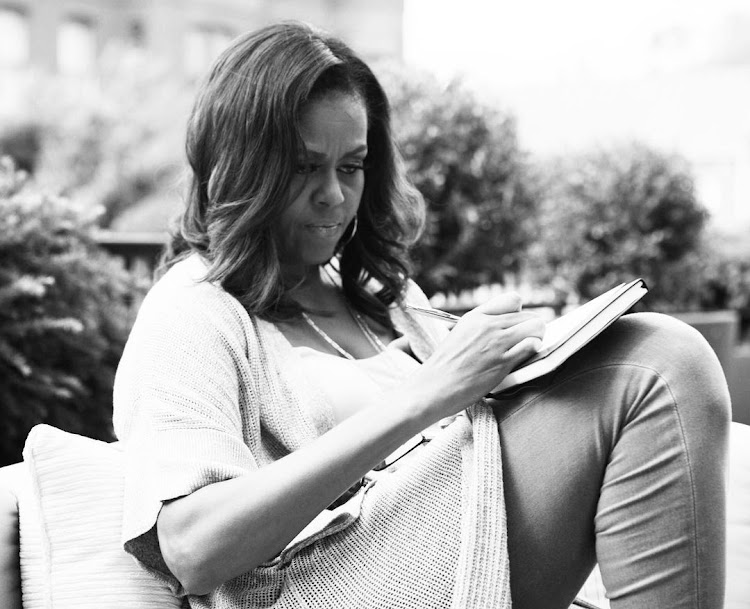 She also spoke about the importance of dealing with the "fear that naturally arises in all of us".

"I can say now that everything that I am today is the result of me pushing past my comfort zone, quieting my fearful mind and taking on that challenge that might have otherwise held me back."

In the book, Mrs Obama reveals that the most anxious she has been in her life was when her husband told her he wanted to run for president.

"It's strange to think I could have altered the course of history with my fear," she writes.

She told BBC Breakfast it was "absolutely worth taking that leap of faith" and giving him her support.

"I lived through the legacy of too many people, particularly African American people, my grandfathers included, whose lives were constricted by their fear of something different," she explained.

Her grandparents grew up at a time when "there were real fears that a black man showing up in the wrong neighbourhood, at the wrong time, in the wrong place, looking the wrong way, could mean his death", she said.

"I use that as an example of how so many of us are locked in our sameness, afraid to meet or understand anyone that doesn't look like us, feel like us, agree with us. That keeps our world small and it makes us susceptible to disinformation, conspiracy theories that we are confronted with.

She added that more and more people "feel like they don't matter on this planet", and that it "still hurts" that Donald Trump took over from Barack Obama.

"That's that point in time when you have to ask yourself, was it worth it?" she said.

"Did we make a dent? Did it matter? And when I'm in my darkest moment, my most irrational place, I could say, well, maybe not. Maybe we weren't good enough.

"But then I look around, and when there is more clarity, when I'm able to unpack those feelings and think more rationally, I think, well, my gosh, there's a whole world of young people who are thinking differently about themselves because of the work that we've done.

"Did everything get fixed in the eight years that we were there? Absolutely not. That's not how change happens. But we laid a marker in the sand. We pushed the wheel forward a bit. But progress isn't about a steady climb upward. There are ups and downs and stagnation. That's the nature of change.

"And that's why the work that we're doing today is about empowering the next generation."

The couple now run the Obama Foundation, whose mission is to "inspire, empower and connect people to change their world".

Former US President Barack Obama was over the weekend campaigning in Detroit, Michigan.
Trending
1 month ago