He was arrested by plain clothes policemen outside a restaurant 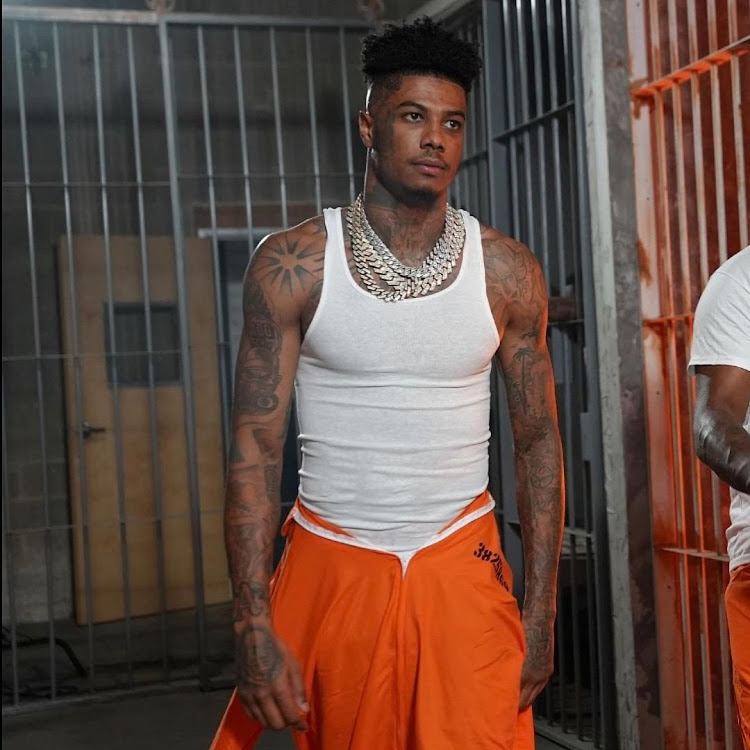 American rapper Johnathan Jamall Porter popularly known as Blueface had his girlfriend, onlookers, and fans alike all shocked beyond words when he was roughly apprehended and arrested by plain-clothes policemen.

The trending rapper was taken down and cuffed yesterday evening right outside Lo-Lo's Chicken & Waffles in Vegas in what appears to have been an undercover operation.

In a now trending video the "Thotiana" hitmaker and his girlfriend, Chrisean Rock are seen sitting on a bench looking at their phones casually chilling when all of a sudden, a swarm of undercover officers ran towards him, forcefully grabbed him and threw him against a wall.

According to eyewitnesses at the site of the arrest, there were between 6-8 officers on the arrest, parked in unmarked cars.

In the video highlighting his arrest one can clearly see one officer in a white shirt and blue jeans grab the rapper who is in a brown truck fit, and throw him against the wall as other officers all piled on to detain him as a crowd formed.

Blueface's girlfriend, Chrisean Rock, looked just as confused as everyone else.

Cops on the scene said they were executing an open warrant for the rapper's arrest.

According to his arrest warranty, the artist is wanted for a felony, attempted murder with the use of a deadly firearm or tear gas.

He's facing an additional charge of discharging a gun into a house, building, vehicle or craft. That appears to be the same incident that got Blueface arrested back on October 8th.

Following his arrest, fans are overly convinced that Blueface predicted this moment with his latest song.

3 weeks ago, the 25-year-old rapper posted a photo of himself announcing that his new song featuring OG Bobby Billions was out.

He captioned the photo, “God, forbid I get locked up for something that god forbid” Better days 2 (pain in the ghetto) out now."

And fans are going crazy over how his post didn't age well.