The artist currently has over 2.2 million followers and only follows 942 people on the platform 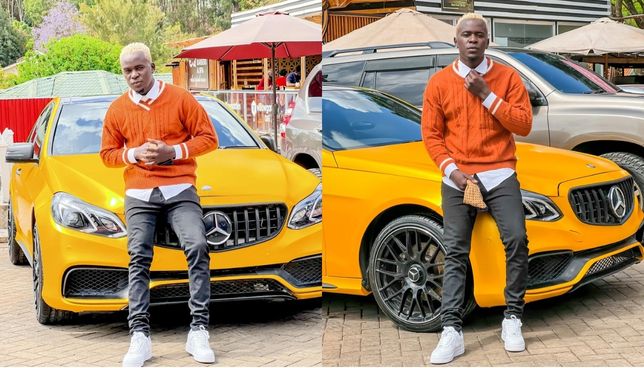 So, it seems as if gospel-turned-secular artist Willy Paul is about to have a social media purge.

The "Kamati ya Roho Chafu" hitmaker took to his Instagram page to announce that he would be unfollowing people on the platform whom he deems to have "bad minds".

Well at least he has a better reason than Noti Flow who unfollowed everyone, friends and family included, just because her new girlfriend was insecure and had demanded her to do so.

Taking to his Instagram stories Pozze wrote, "So today I will be unfollowing bad minds... If I unfollow you just collect yourself and move on with life, but without me. Baaas."

He accompanied the post with laughing emojis but did not give clarification on what he meant by the term "bad minds."

The artist who currently has over 2.2 million followers is currently following only 942 people on the social platform.

We're eager to see the number of people he actually unfollows and if any are big names that we know.

Pozze just recently joined the growing list of musicians/influencers who have so far made their rate cards public as they strive to attract more gigs on their side and let businesspeople know beforehand their worth.

According to the musician, it will cost you sh200, 000 to have a post on Willy’s Insta-stories (they expire after 24 hours) and at the same time Sh500, 000 to advertise on his Instagram page (a permanent post).

If you want Willy Paul to endorse your products or services, then you will have to part with 30 million but this one is negotiable.

Pozze further stated that he charges a whooping Sh1.5 million for outdoor events.

Willy Paul silences haters as he flaunts his car collection

Musician Willy Paul took to his socials to display his car collections after a section of his fans claimed that he painted his well-known Mercedes ...
Trending
1 month ago