The Lung'ahos explain why they dressed 'poorly' for Wakanda event

According to Matubia they received the invite to the event late and it was difficult for them to get the right outfits. 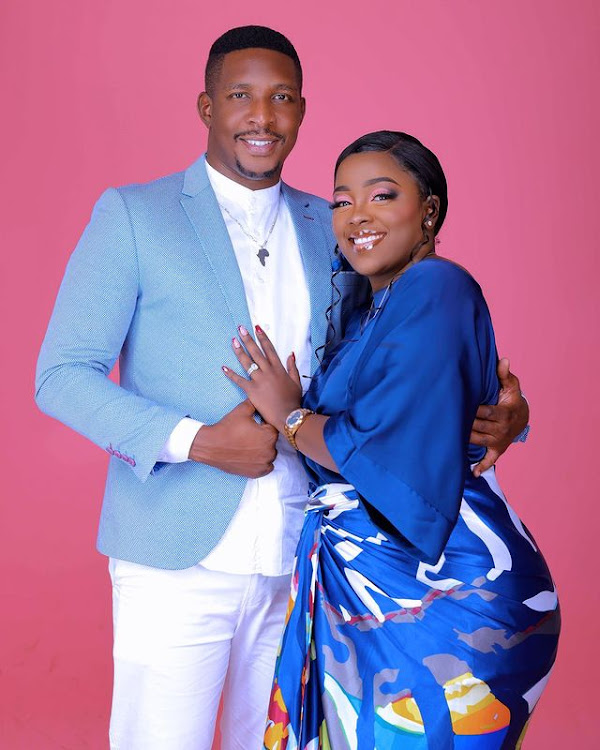 In a video uploaded on their YouTube channel, the couple, particularly Jackie Matubia, says the invite came late - a day before the event.

This made her not adequately prepare an appropriate outfit for the event.

The actress says the dress she wore to the event was made just a few hours by one of her run-to designers.

"The invites to the Wakanda Fan Screening came late and there was no time for us to get prepared but we wouldn't say no since we are getting paid to go for such events," Jackie Matubia said.

She however insists they had to show up for the event in whatever way because they had been paid to attend the screening.

The two came under pressure from fashion critics immediately after photos from the event emerged, some trolls likening their choice of outfits to baby shower attendees.

'We will do better next time.' they say.

Jackie Matubia seemed to have let down most of her fans with her outfit selection for the event.She was noted as the most underdressed celebrity and one thing about Kenyans, they don't know how to pretend.If they don't like something, they will tell you in black and white. Jackie Matubia played tough with her fans, especially on TikTtok, as she responded to them with no chills.

However, she finally came out to clear the air on why she had to represent Kenyans the way she did at such a big event.

Other celebs who graced the Wakanda Premiere are; Sauti Sol, Mungai Eve, Minne Kariuki, and Kate Actress, who by the way received the most love from her for stealing the show.

Kate Actress recently admitted to spending more than Ksh100,000 for her event outfits.

Actress/ digital content creator Jackie Matuba is all smiles and love when it comes to her page.
Trending
1 month ago

After posting a picture of herself in what appeared to be a white bridal dress, Jackie Matubia left her followers excited with anticipation.
Entertainment
1 month ago