Kenyan nominated for CNN's Hero of the Year award

Nelly Cheboi is an ambitious tech leader who aims to bring more Kenyans into the digital economy and develop effective, scalable solutions to poverty 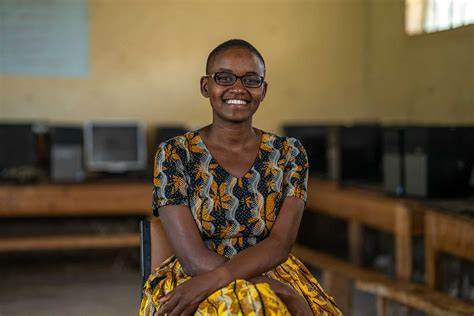 A Kenyan identified as Nelly Cheboi is rocking the airwaves after she got nominated for CNN's  prestigious Hero of the Year award.

Nelly will be battling for the award alongside 9 other nominees.

The winner who will be announced on December 11th will be awarded 100 thousand dollars which roughly translates to over 12 million Kenyan shillings. However no one is walking home empty handed.

The other nominees will each receive 10 thousand dollars. Oohh just so you know, the winner gets the 10, thousand nominee award on top of her 100 thousand.

CNN heroes award: An All-Star Tribute is a television special created by CNN to honor individuals who make extraordinary contributions to humanitarian aid and make a difference in their regions.

Nelly who is the CEO of TechLit Africa, (an organization that leverages the digital economy to lift rural African communities out of poverty) grew up in abject poverty and aims to rewrite what it looks like growing in the rural parts of Kenya.

After suffering in poverty Nelly found computer science and her passion in the field grew into levels untold.

She held onto that and has built a brand name for herself.

Her non profit organization TechLit (which teaches 4,000 students ages 5 to 14 basic computer skills) focuses on up-cycling old computers to teach tech skills while spreading a message of hope to the young generation.

Now that the top 10 heroes have been announced the voting process is open.

To vote or learn more about a candidate click to cnnheroes.com from there you can go through the profiles of the nominees see why they are nominated and when you're set on who you want to vote for you just click on their profile.

Once there, you get 10 votes daily to help support your favorite hero.

If you are undecided you can divide your votes and sprinkle support to all the contestants you feel deserve it. The votes are not limited to one nominee only

Maryanne Oketch has become the second black woman to win The Survivor.
Trending
6 months ago