Kwambox responds to trolls mocking her after Uber Eats ordeal 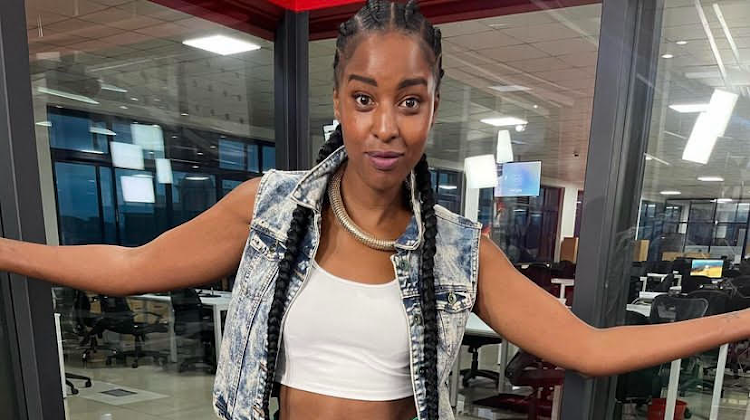 Mega MC Kwambox has responded to critics who are trolling her after she got scammed by a food delivery guy.

"So by now you all know I was cat fished by Uber eats and I have been told all sorts of things from I should learn how to cook to my mubaba will send more money," Kwambox started off.

She went on to add the ignorance among netizens was so crazy as she addressed all the people trolling her.

"To all the men telling me I should like to cook, sorry some of us are really busy and I don't need to justify why I decided to order and not cook.

Also these are the same guys crying about job creation. If we stop ordering who will you be delivering to?" Kwambox ranted.

Out of anger she went on to reveal that people should not be so quick to judge because everyone assumed it was food, food she had ordered but it was actually shopping so that she could prepare a meal in the house.

"Delivery guys have even come to my page telling me that, 'you know you babes keep us waiting for too long and don't even tip them but a mzungu will tip them a thousand shillings.

The fact that nobody will addressed the fact that I was robbed. A crime happened. Guys it was shopping! I had ordered for shopping so that I can cook in the house! If you want to deliver to just white people then get off the app.

"My order on Uber Eats has been stolen by the delivery guy, David Munyao, and Uber Eats has charged me for it! Worse still, the app makes the process of getting helps so difficult.

This is the 3rd time I have paid for food that never arrives. Uber Eats must leave Kenya." Kwambox post read.

Kenyans were quick to share their own instances with delivery apps.
Below are a few comments:

muturi.vinnie: Juzi tu at around 11pm, I saw one kamataing a galitos pizza along the road. He parked ndio afinye.mutu alilala njaa 😭😭

toriavee: I stick to ordering prawns only. No one delivery guy will be able to eat these 😂😂

kajaamz: Girl. same thing happened to me. My order was jacked and I never received a refund.

gedionfilms: Cook your own food 😂

ka_chu_chu: 😂😂😂Am sorry. Tell us what happens next? Ulilala njaa?

abdulkadirhassan: Happened to me once on Bolt, if the order is above 1500 I usually switch to cash payment.

The meat is made from cultured chicken cells, extracted from live chickens
Lifestyle
2 months ago