Why some schools did not pick up KCPE/KPSEA exams

Most of the affected institutions are mostly private school which registered pupils at grade 3, and who later moved to other schools. 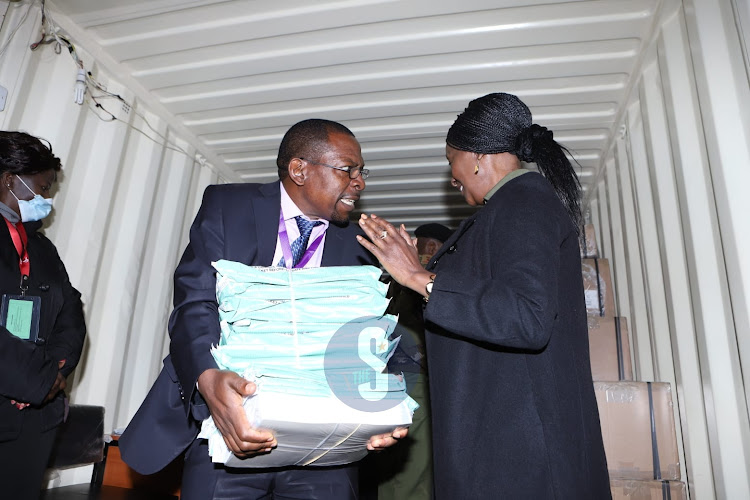 The National Examinations Council has come out to provide details on why some schools failed to pick examination papers for Grades 6 and class 8.

KNEC bos David Njengere clarified that the affected schools had already been registered as exam centers and papers printed before they were either closed down or pupils moved.

"Some of these schools were closed during the covid-19 pandemic so students had to be transferred to other schools,"  Njengere said.

He noted that most of the affected institutions are mostly private school which registered pupils at grade 3, and who later moved to other schools.

For instance, 15 schools in Bungoma County failed to pick exams from the exam centers.

Addressing the press at Bungoma DEB primary school on Monday, Bungoma South DCC Duncan Okwach said exams started on a high note despite the 15 schools failing to show up to pick exams.

On his part, Bungoma County director of education Philip Chirchir said that he is still doing follow up to identify what happened with schools.

“The exams are still held in our stores, as we investigate what happened with these schools, nobody will tamper with the exams,” he said.

In Uasin Gishu 52 schools failed to sit for the Examinations after the centre managers, failed to collect examination papers

Early Learning and Basic Education PS Julius Jwan also said the schools had registered candidates at Grade 3 but were later closed down.

Jwan was speaking when he oversaw the distribution of exam materials in Turbo Sub County.

"Some had six, others five registered candidates but the learners moved to other schools," Jwan said.

He said education officials in the regions will keep the unused exam materials safe.