Octopizzo also bragged about being the highest paid artist. 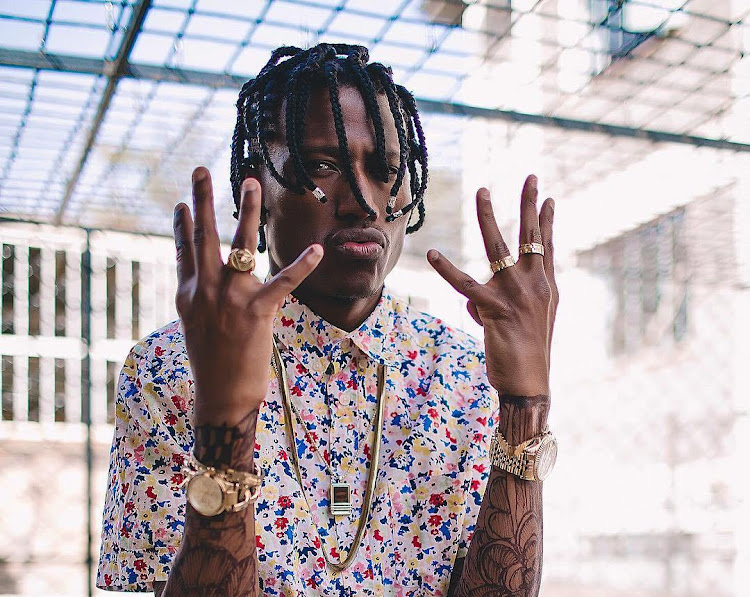 Rapper Ocotpizzo has encouraged local artists to be unique in their work.

Speaking at an interview while in Tanzania, the talented rapper said any artiste that is famous in their country alone needs to work extra.

According to Octo, any artiste who is only famous in their country is not an artist despite the crowd following him.

"Even if you have millions of followers from your country, then you are not yet there," he said.

"It is not a must for artists to sing in English for them to go international, be inspired but don't copy," he said.

Octo mentioned a few international artists who inspired him saying he would never copy their style.

He said local artists have a long way to go to make the world embrace their culture.

"Be unique by pushing our culture the same way Afrobeat artists pushed their music culture," he said.

Octopizzo said he would never work with any Tanzanian artist who approaches him for an English collaboration.

"I will not agree since that is not who they are, you are copying," he said.

He said English is the mother tongue of other people and artists should not use other people's language to go international.

"The most streamed artists are not singing English songs. The main thing is to do good music. We love Congo and South African music yet we don't understand their language," He said adding that Diamond is listened to internationally but most of his songs are in Swahili.

"English is not a measure of intelligence but just a language like our mother tongues," he said.

Octopizzo brags about being the highest earning rapper in Kenyan

Kenyan rapper Henry Ohanga aka Octopizzo has said that he is the highest earning rapper in Kenyan.
Entertainment
2 months ago

WCB President Diamond Platnumz is celebrating his signee and lover Zuchu for turning a year older.
Entertainment
2 months ago