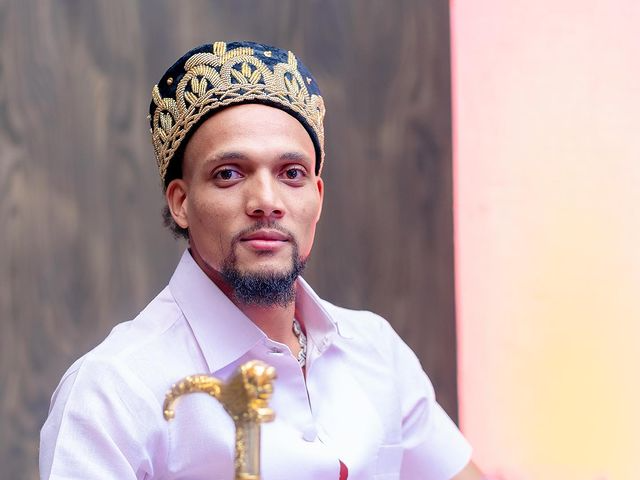 KRG the Don has attacked comedians who were flown to Qatar
Image: Instagram

Kenyan artist/ businessman Krg the Don in a video posted on his Instagram page attacked Kenyan comedians YY and Butita as he called them an embarrassment to the industry.

Krg also claimed the two were incredibly broke as the only way they could make it to Qatar was through sponsorship.

In the now-viral video, the dance hall artist started by saying, "Yaani till now I am trying to imagine how everyone in our entire comedy industry, all the people we used to have faith in.

People who got jobs on Netflix, some are doing stand-up comedy that they can be taken like chickens in a sisal bag and be taken to Qatar like confused birds."

He went on to add that he's out here wondering how these guys had been convinced to partake in such embarrassing acts as he termed them.

"First off these people were given such terrible tickets that they had to use binoculars to watch the match. They were in the same place such as flood lights.

I'm here confused. These people were in the scorching sun with hoodies because they can't remove them as that is what they have been paid to do. Be walking billboards." The father of 3 said.

To support his claims that the comedians were broke and staying in dingy places Krg went on to point out that they had not taken pictures/videos or posted any content from their hotel rooms.

Highlighting that if one had money after the two days they'd been given they'd have used it to extend at least two more days themselves to enjoy the country.

He went ahead and captioned the video, "I pity our comedy industry 😂😂😂 @mwalimchurchill must be very sad after all the hard work and time he invested in you boys you are letting him down smh YY, BootyEater & Tumbili Mumetuangusha sana."

These remarks seem to have caught the ears of Butita and 2Mbili who appear to have been enraged by the claims.

Responding to Krg's attacks soon as he landed back in the country Butita said, "We have talents that are working. Hata kama watu wamepelekwa this is work, we are valuable. Yeye amepelekwa wapi?

His brain is actually the only valuable thing about him because it has never been used. If we could find a way to remove it from his head and sell it, we'd make a lot of money."

Butita finished off by claiming that Krg is just a bitter man.

KRG the Don shares video of a "struggling" Ringtone, mocks him

Hilarious content creator Eunice Wanjiru aka Mammito has revealed that she and fellow comedian, Eddie Butita are no more.
Entertainment
4 months ago