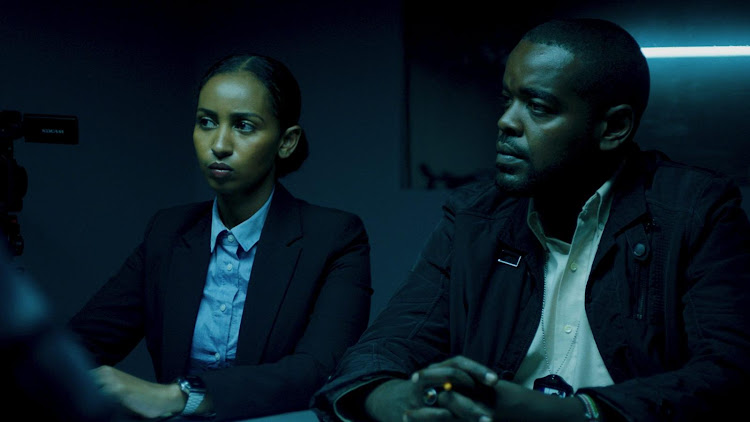 courtesy Sarah-Hassan-Alfred-Munyua-Makena-Silas. Senator Sifuna says the actress is his crush.

Nairobi Senator Edwin Sifuna is a man in love.

Sifuna says he has always had a crush on award winning actress Sarah Hassan.

He revealed that was why he accepted an invite to attend the just concluded Kalasha awards.

Speaking during the event, he narrated

"I will admit that I accepted the invitation because I had a strong desire to meet a lady whom I have admired for many years, she is called Sarah Hassan but I have not seen her," the Senator revealed

Hassan walked down the aisle with her husband Martin Dale, on February 25, 2017, and their marriage continues to grow stronger every day.

The couple moved to the US after their marriage, but Sarah came back to Kenya, and she is currently acting in local programmes.

Hassan in a past  interview with Kalekye Mumo said that they bumped into each other at the gym situated at the ABC place, Westlands, and started dating.

“We dated for a while. So one day we were to go to an event and the apartment we used to live in had a restaurant.

So he suggested that we have a bottle of wine, so we go in and am wondering, there was a nice set up at the table we were going to use, is there something?

Are there people who are supposed to be here?” Narrated Hassan.

Sarah has been trending for her role Crime and Justice which is currently airing on Show-max.

How it went down at Rihanna's Fenty Beauty Kenyan launch

Fans react as Zora show comes to an end

Hassan who played 'Zora' in the hit TV show was thanked their loyal fans for standing with her throughout the entire journey.
Entertainment
11 months ago