Samidoh's wife thanks US promoter Bernice for taking care of artist

Bernice and Samidoh were rumoured to be dating. 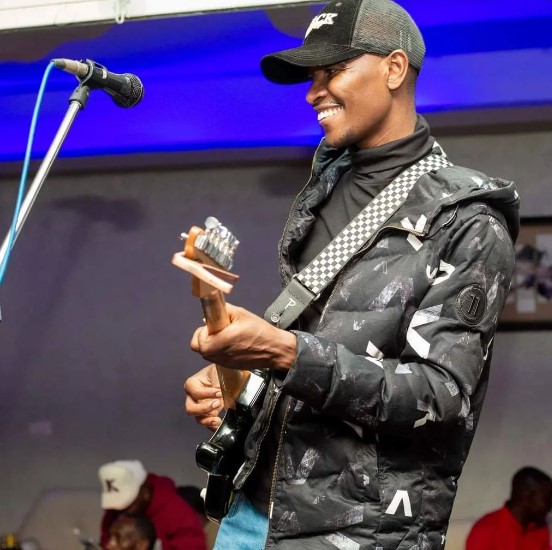 Samidoh's wife Edday Nderitu has thanked US based Kenyan woman Bernice for taking care of her husband during the US tour.

The Mugitihi star was in the US for a 6 week music tour. Taking to her social media Benrice thanked Samidoh for having agreed to work with her.

"It was amazing 6 weeks tour full of fun and Adventures, thank you Waweru Uyu, for keeping us on check. Samidoh, it was great working with you, your such a vibe..All the best in UK and Dubai shows, Edday Nderitu ur husband has been in safe hands, See you in Dubai on the 17 th yatch party tufunge hii kitu," Bernice wrote.

Commenting on Bernice's post, Edday praised her for taking care of her husband.

"Bernice Saroni, thanks so much gal for taking care of my hubby. You're such an amazing soul. Thanks to God the tour was successful," Edday said.

The mother of three was excited about her hubby's return and disclosed that she had missed him. "Can’t wait to see him we really miss him,see you in Dubai on 17th hun❤️," she wrote.

Bernice and Samidoh were rumoured to be dating.

The two were on different occasions got into an online spat with Samidoh's baby mama Karen Nyamu.

During his birthday Bernice was the lady who also helped the singer cut his cake at one of his performances.

When he missed one of his shows over the weekend, she also updated fans that Samidoh couldn't perform due to a medical emergency that he suffered.

"My Spokane Mugithi family, it is regrettable today’s show had to be postponed. An unfortunate accident happened this morning and led Samidoh to the Emergency Room, hence not being able to travel over for tonight's show. Kindly bear with us sorry for any inconvenience caused. The show will be rescheduled to a later date," Bernice wrote.

Well, fans have been tagging Samidoh's baby mama Karen Nyamu in her posts to the point she responded.

A fan identified as Eunice Shaisha told Karen to close her ears as long as Samidoh is paying the bills.