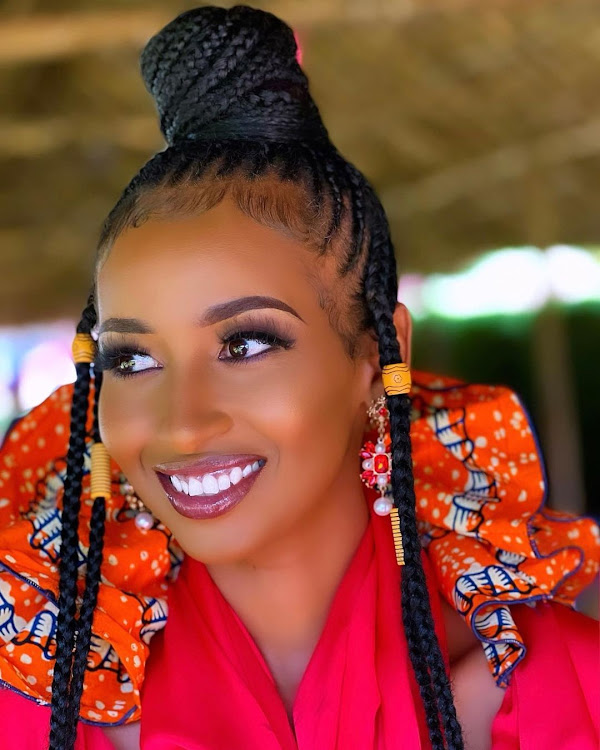 Thespian Sarah Hassan has responded to Nairobi Senator Sifuna's public decree about his undying crush on her.

The actress reacted to the senator's confessions after a friend of hers posted a screenshot of an outlet that had reported on the same and tagged her.

"He! Sarah Hassan there is a new name for you... shorey wa kuwakunywa," the guy posted on his Instagram stories accompanied by several laughing emojis.

Reposting the article on her Instastories, the mother of one downplayed the story as she asked her friend to stop joking around.

"Una mchezo master ( you have jokes master)," Sarah wrote while adding laughing emojis not disputing the new name though.

During the Kalasha Awards ceremony that happened over the weekend, Senator Sifuna confessed to his years-long crush on Sarah Hassan.

He went on to reveal that the main reason he'd accepted to grace the event was the idea that he'd get to be in the same room and interact with his crush. Speaking during the event, he narrated;

"I will admit that I accepted the invitation because I had a strong desire to meet a lady whom I have admired for many years, she is called Sarah Hassan but I have not seen her," the Senator revealed.

Sarah is however a married woman. She walked down the aisle with her husband Martin Dale, on February 25, 2017, and their marriage has been very drama-free as far as the public is concerned.

The couple moved to the US after their marriage, but Sarah recently came back to Kenya and is currently pursuing her acting career gracing several local programs.

Sifuna was disappointed as his crush Sarah Hassan did not attend the event.
Trending
2 months ago