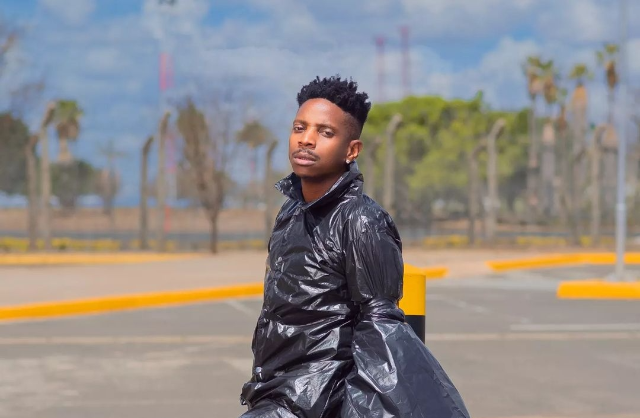 Comedian Eric Omondi is back to challenge a few elements in the music industry.

He has called out specifically, Nadia Mukami, who was one of the artists who performed at the Sol Fest 2022.

"Guys please lend me two minutes of your time. Today I want to put things into perspective. These two artists both performed at the Sol Fest. One of them took his time to organize production.

Actually carried a Cameraman from Tanzania and has since posted 3 videos showcasing how AWESOME their performance was.

Omondi argued that Harmonzie had made his fans in Tanzania and Nigeria believe that the Nairobi concert was his.

"Harmonize Fans in Nigeria, Tanzania, South Africa, and the whole world know that he had a VERY SUCCESSFUL SHOW in NAIROBI Kenya.

Actually, they don't even know it was a Sauti Sol Event, They think it was a Harmonize Concert with 15,000 people in ATTENDANCE!!! PERCEPTION is Everything!!!"

Eric claims Nadia Mukami blessed her audience with outstanding performance but her poor marketing skills do not provide proof.

For this reason, he says Nadia seems as though she has no-shows and that her bookings are going low since her receipts are baseless, and her marketing team is failing her.

"Nadia had one of the best shows of the night and only posted a photo of herself leaning at some random wall😥😥😥😥😥😥 so her fans keep thinking she has no shows or she no longer performs so then her bookings go down😥😥😥.

Most artists in the Kenyan music industry have not been on the same page with Eric Omondi regarding this matter, but his fans seem to strongly concur with him.

Nadia Mukami on the other hand seems to have received the news as positive criticism.

Below are some of the netizens reactions;

rjoezOn this u have made a lot of sense

sammyboy_kenyaFor this i agree with you🚀💯

Award-winning group Sauti Sol has owned up to the shortcomings that were witnessed at the second edition of Sol Fest that went down at KICC over the ...
Entertainment
1 month ago

The much-anticipated Sol Fest went down at the Kenyatta International Convention Centre on Saturday, December 17, 2022.
Entertainment
1 month ago