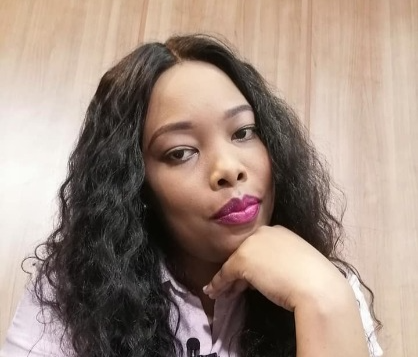 Media personality Cheptoek Boyo has lodged a petition on change.org to protest a noisy mosque at her South C apartment block.

Speaking to Mpasho's Hannie Petra on Tuesday January 10, Boyo cited her decision to start the petition over the fact that the mosque was below a residential apartment.

"I live next to that apartment, it's a new apartment within the area where I live, that's in South C next to Ole sereni area, behind Next Gen mall.

I've lived here for the past four years and its been a quiet environment. But now every morning we are woken up by this crazy noise.I have no issue with the mosque, its the noise. They either reduce the noise or shut it down" Boyo highlighted.

The media personality went on to add:

"There is noise from 4 am to 8pm it's unbelievable. I mean there is another mosque and the noise does not reach us so we are ok with that, but this one! It's inside an apartment block, how are tenants supposed to live above a mosque?"

According to religious laws it is mostly advised that no building should be above or below a mosque unless if it's quarters for Imaams.

It is frowned upon to have a building above the mosque as it is prohibited to relieve one's self, trade, engage in intimacy or have women who are menstruating above a mosque. 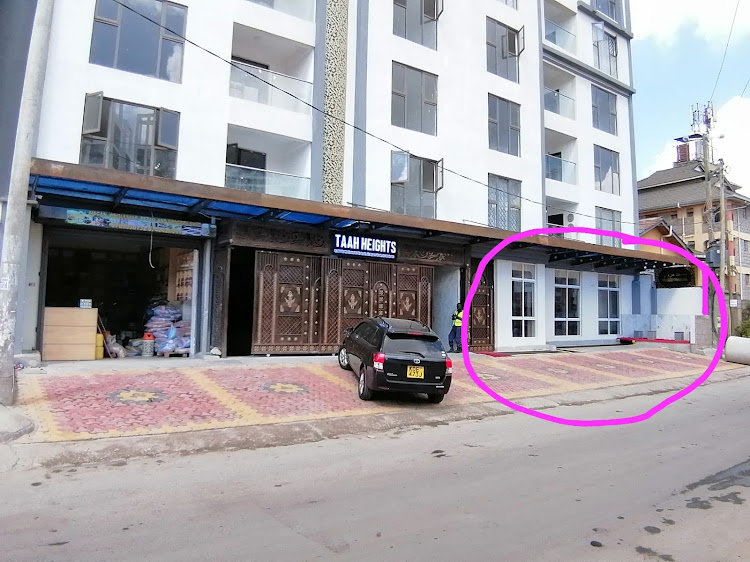 Also if there is a building below or above it (even below ground level) then it is considered part of the mosque and all various rules concerning a mosque would apply to these areas.

One might wonder, "what about prayer rooms set up in areas such as schools, airports and offices?"

Well these are musallas and don't follow under the rulings of mosques as they are noAlso if there is a building below or above it (even below ground level) then it is considered part of the mosque and all various rules concerning a mosque would apply to these areas.t established as waqfs.

They are temporary places to offer prayer when the time for prayer comes and the 5 daily prayers are not held regularly in them.

Below are some photos of the mosque 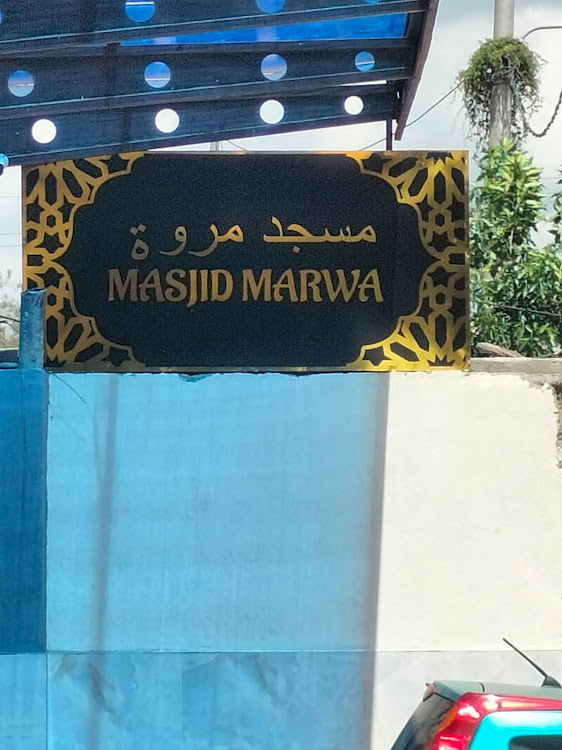 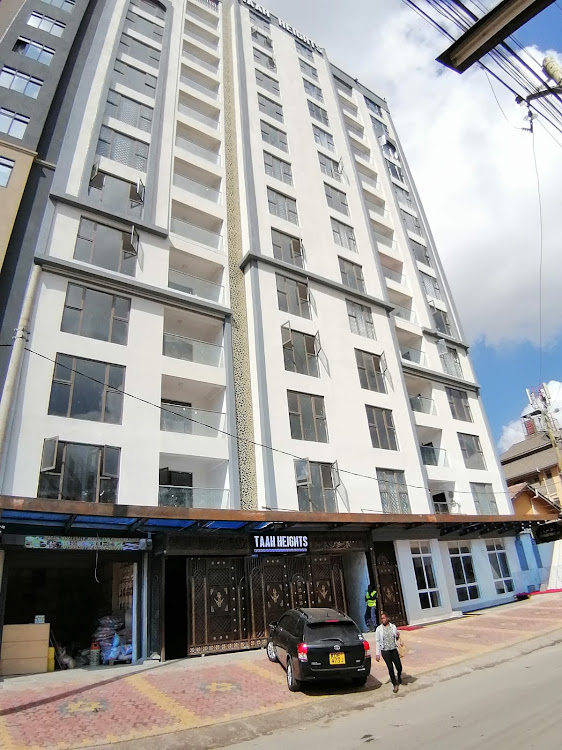 The living complex that houses the mosque 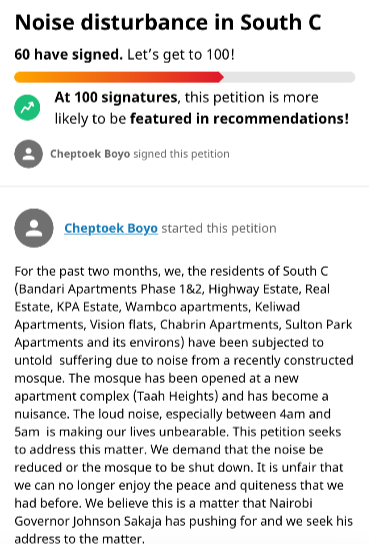 To top it off Muslim scholars note that if a mosque is built for no real need (if there is another mosque within the neigborhood) then it is considered a mosque of dissent or harm as it causes disunity among faithfuls.

Cheptoek's petition as of the time of publication had recorded 62 out of the required 100 signatures for it to gain traction.

Most of the people who'd signed the petition highlighted noise pollution as their biggest concern noting that their homes were no longer peaceful havens especially during the wee hours of the morning.