The actress got a award for her role as Queen Ramondam in Marvel Studios' Black Panther: Wakanda Forever 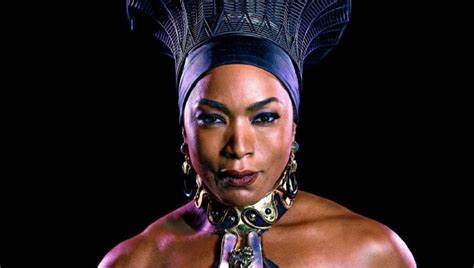 The 64-year-old actress took home the award for Best Supporting Actress in a Motion Picture for her role as Queen Ramonda in Marvel Studios' Black Panther: Wakanda Forever making her the first actor to win a Golden Globe for a Marvel Cinematic Universe film.

In her acceptance speech after the win Angela highlighted how nervous she was as she went ahead to quote the late Toni Morrison, play tribute to the late Chadwick Bossman and virtual share the win with Marvel fans.

“I got to find my words. I’m so nervous. My heart is just beating,” began Angela before recalling her first Golden Globe win in 1994 for What's Love Got To Do With It.

Adding to her speech she said:

"The late Toni Morrison said that your life is already a miracle of chance, just waiting for you to order its destiny.

But in order for that destiny to manifest, I think that it requires courage to have faith

It requires patience, and it requires a true sense of yourself. It’s not easy because the past is circuitous and it has many unexpected detours, but by the grace of God I stand here. I stand here grateful.” 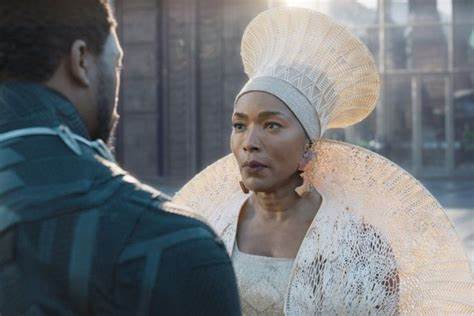 The actress then went ahead to pay tribute to her late Black Panther co-star Chadwick Boseman, who passed away in 2020 after a long battle with cancer.

"We embarked on this journey together with love. We mourned, we loved, we healed, and we were surrounded each and every day by the light and the spirit of Chadwick Boseman.

We have joy in knowing that, well, with this historic Black Panther series, it is a part of his legacy that he helped to lead us to."an emotional Bassett said.

Before thanking her amazing team, her family, and mostly MCU fans across the globe who've made sure that the franchise racked in millions of dollars as well as making the series a big hit Basset emphasized on the importance of black unity. 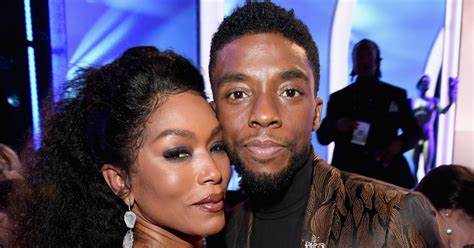 "We showed the world what Black unity, leadership and love looks like, beyond, behind and in front of the camera.

And to the Marvel fans, thank you for embracing these characters and showing us so much love.

We just made history with this nomination and with this award. It belongs to all of you, all of us. Thank you."Finished off the 64-year-old.

After weathering nearly two years of controversy and scandal, and going without being televised, the Golden Globes returned to the screens on Tuesday night clearly intent on addressing one of the show’s key criticism, its lack of diversity.

Black Panther: Wakanda Forever was released in November. The Marvel Studios' film is set to debut on Disney+ Feb. 1.

The cast of Black Panther: Wakanda Forever, say they drew their inspiration from Africa when it came to playing their characters in the sequel.
Entertainment
3 months ago