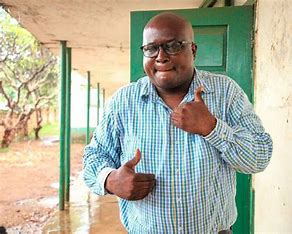 The 38-year-old has been picked to market the Huduma Kenya services besides his role as an administrator.

As seen in a video making rounds on the internet, Mr Ogilo dressed in a Huduma Center-branded white shirt is heard calling on the public particularly the youth to take advantage of the extended working hours to get government services.

He also goes ahead to sensitising the youth on the government services provided at the Huduma Centre.

(Greetings my people and the youth, you can now access services here from 7am until 7pm.

You can leave your workplace, college or any other engagements and you come directly to our Huduma Centres, and after that, you go and chill),”  Mr Migun excitedly announces.

At the end of the video, he does his signature Kuna Kuna dance moves alongside eight other Huduma Centre staffers. 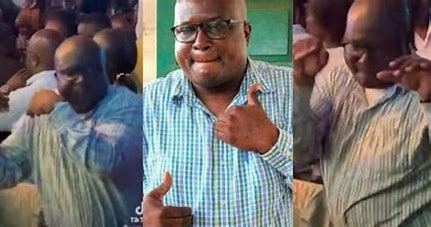 Migun went viral during the festive season after he was recorded at a popular nightclub in Kisumu while dancing to the hit song Kuna Kuna,

Previously, while speaking to Citizen TV, the Kisumu 'dancing chief' said that the viral video has endeared him to the youth, making his work easier.

Following his popularity, the song's hitmaker Vic West thanked him for helping popularize their song

Noting that Migun made the hit even bigger than it was, "When his video went viral, we added two million views on YouTube. Like we went from 8 million to 10 million views. He is the one who made us cross over."

Japhet Koome has been approved by Parliament as the next Inspector General of Police.
Entertainment
3 months ago