Beef squashed? Fans react to Bahati hanging out with Mueni 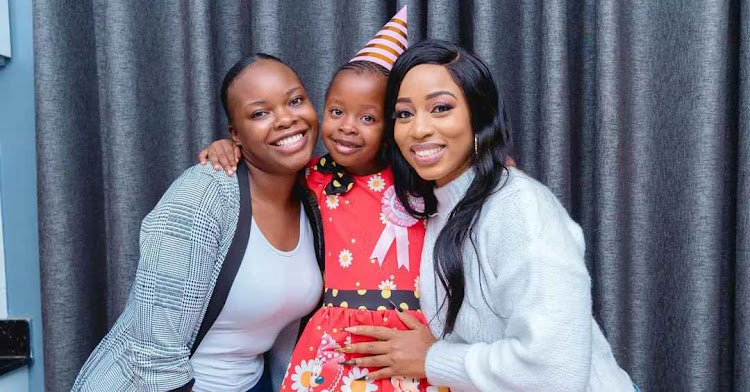 After months-long of suspected bad blood between Bahati's baby mama and his girlfriend, things seem to have cooled off and amends made.

Bahati's women seem to have fallen off so badly that the musician stopped hanging out with his daughter Mueni whom he shares with Baby mama Yvette Obura.

However, all that according to his latest post seems to have changed.

The artist took to his socials to hint that his daughter is back home. Or at least back in the picture.

Bahati shared a photo of his kids looking all happy at a fast food joint enjoying pizza and soda, making it known that he had taken them out for dinner.

Netizens were quick to dive into the comment section to muse over how nice it was to see Mueni being back in the picture after a long hiatus. While others chastised the musician for not acknowledging his daughter for over 2 months.

Below are a couple of comments:

un_forget_.able:Owww so good to see Mueni Back now the haters can shut up

For a long, while now YouTuber Diana Marua (Bahati's girlfriend) and his baby mama Yvette Obura have been rumoured to have fallen off with each other.

The two women who for a while flooded each other with online love and even at some point Yvette's child (whom she shares with Bahati,)was living with Diana seemed to have bad blood after netizens noted that across social media streets, the two no longer follow each other on Instagram.

Diana also pulled down all YouTube videos she'd done with Yvette and the allegations were confirmed after Diana Marua failed to recognize Mueni's (Yvette's child) birthday.

Mueni turned 7 years old and was only celebrated by her dad and, mom. Her step-siblings did not post anything on their social media which is unlike other years.

Diana Marua only shared posts about her hubby's upcoming project.

Fans were quick to bash Diana after ignoring Mueni.

There seems to be bad blood between Bahati's two baby mamas, Yvette Obura and Diana Marua.
Entertainment
2 months ago