The video that Rayvanny released on Sunday featuring Diamond has more than 200 characters, in various luxurious places. 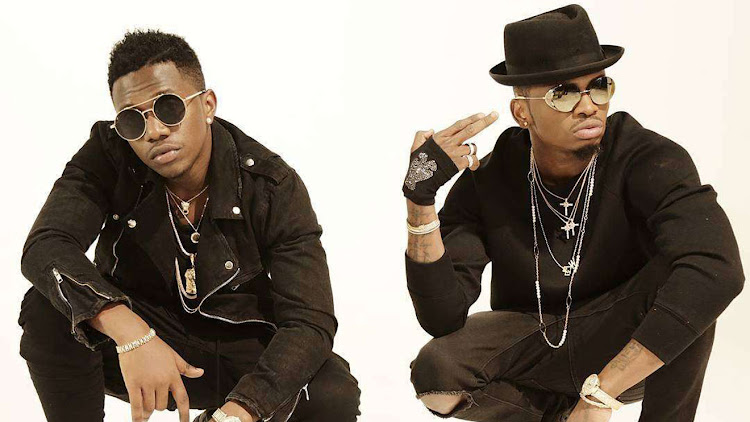 Diamond congratulated him, saying that he felt proud to raise him and see him doing great things even after he left Wasafi and many predicted his disappearance as Rich Mavoko disappeared after WCB.

"#Nitongoze Rayvanny's video featuring Simba will be out now... Watch it on @rayvanny's bio... You have invested in Video Chui, I feel proud to be in this project, brother," Diamond said.

The artists released the song about two months ago and the video for it came out this weekend where in less than twenty-four hours and it has already attracted more than four hundred thousand views on the YouTube video download platform.

The song, which contains alcohol in some scenes, caused a heated argument between Rayvanny and Harmonize last week after Kondeboy threw dirt at Rayvanny saying it is not good for artists to release songs with alcoholic content.

The two then started throwing insults at each other through their Instastories, while Rayvanny also responded with abusive words.

The pair have been at loggerheads after the saga of Kajala's daughter, Paula, who was having an affair with Rayvanny, where Harmonize was also said to be trying to seduce her by sending pictures of his intimate photos while he was still dating her mother, Fridah Kajala.

Ex-Wasafi Records signee Raymond Shaban Mwakyusa, better known by his stage name Rayvanny, and his family have been thrown into mourning following ...
Trending
2 weeks ago

Tanzanian singer Harmonize and his former colleague Rayvanny are embroiled in an ugly war of words online.
Entertainment
3 weeks ago