Rayvanny spent millions on clothes for his new music video

The artist said that there were more than 200 participants where each one needed a suit of 200K Tanzanian, equivalent to Ksh 10K. 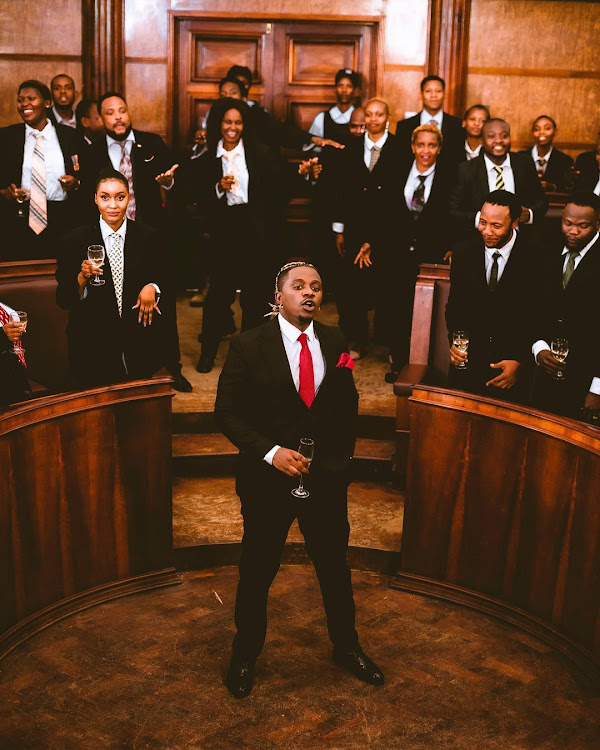 Next Level music label founder Rayvanny has made it clear how he coordinated the budget to make the video for his new song 'Nitongoze' featuring Diamond Platnumz.

Rayvanny uploaded a conversation on his Instagram explaining how he collaborated with his director Ivan to make the video successful, which is said to cost in the millions.

He said that he made a request to the director that he needed more than two hundred people to participate, while all of them were in special suits for the video - as was also seen in the video itself.

Ivan told him that finding the 200 people was not a problem, but he told him that the biggest hurdle facing him was that each of them wanted to be dressed in a suit worth 2 hundred thousand Tanzanian shillings to participate in the video.

Much to Ivan's surprise, Rayvanny quickly agreed that he would pay for all the suits as long as the video was of high quality.

If you convert the Tanzanian shillings into money from the central bank of Kenya, it comes to more than two million shillings.

The video came out last Sunday and previously Diamond who was featured praised Rayvanny in a unique way for not being stingy in pouring money to make the video successful.

He described it as international. "#Nitongoze Rayvanny's video featuring Simba will be out now... Watch it on @rayvanny's bio... You have invested in Video Chui, I feel proud to be in this project, brother," Diamond said.

Ex-Wasafi Records signee Raymond Shaban Mwakyusa, better known by his stage name Rayvanny, and his family have been thrown into mourning following ...
Trending
2 weeks ago

Tanzanian singer Harmonize and his former colleague Rayvanny are embroiled in an ugly war of words online.
Entertainment
2 weeks ago