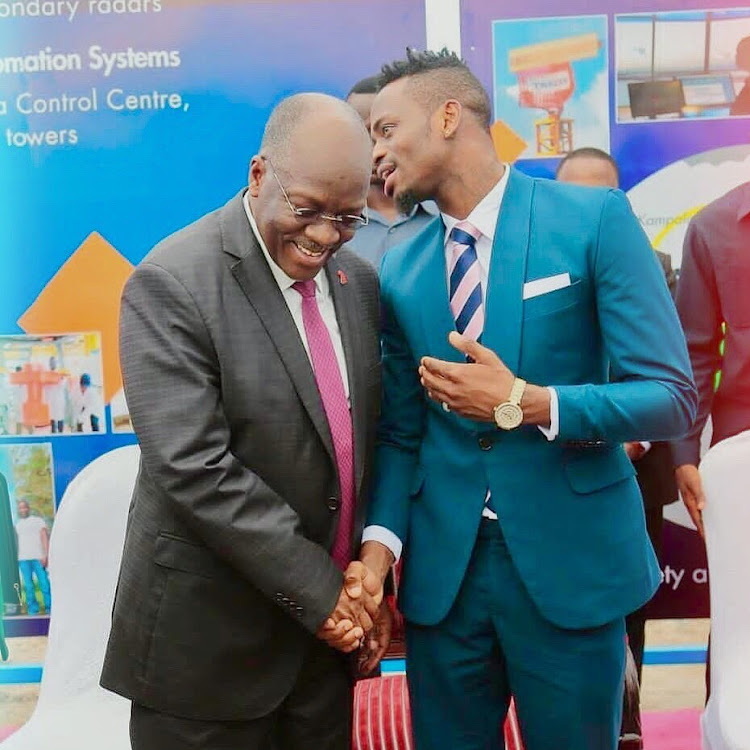 Diamond Platnumz described his relationship with the late President John Pombe Magufuli as a son-father relationship.

The WCB CEO said that Magufuli would give him a call to check up on him.

He recalls their phone call when Diamond was trending after the mother revealed Mzee Abdul was not the singer's real father.

"There's a time I had daddy issues and he called me to ask what had really happened. I will remember him for so many things"

Late Tanzanian President Joseph Pombe Magufuli was a lover of music. He invited artistes to perform in his events
Trending
1 month ago

Diamond was performing at Magufuli's political campaign and were pictured together severally.

At one point, the singer put Magufuli on speaker phone while performing at a stadium in Tanzania, where the Late addressed the singer's fans.