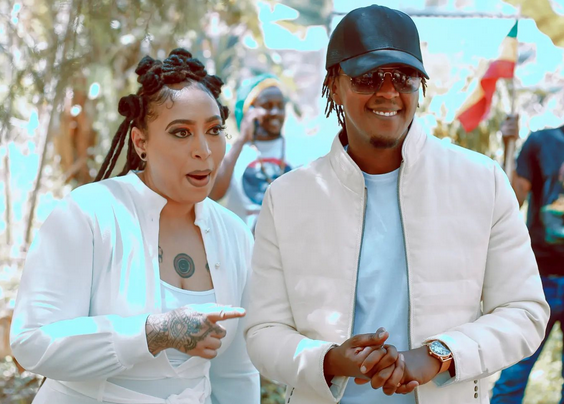 Nazizi and Wyre have announced that their legendary group, Necessary Noize is back.

"Exciting news NECESSARY NOIZE is back . Mark your calendar MAY 5TH subscribe to Wyre YouTube channel and my YouTube channel Nazizi Hirji turn on notifications so you don't miss the release."

"You can also follow us on all the platforms for the audio Release are you ready?"

From the comments, it seems that fans and fellow celebrities cannot wait for the return of the group.

Nazizi, Bamzigi and Wyre were the original members of the group in 2000. Bamzigi later left, leaving the group comprising Nazizi and Wyre.

In 2006, they won the Pearl of Africa music awards for the Best Kenyan group.

In 2007, they were nominated as the best group at the Pearl of Africa music awards for best Kenyan group.

The duo has also performed well in their solo projects.