I didn't deny them- Michelle Ntalami on past relationship

Michelle Ntalami, served us tea as she opened up on what happened between her and ex-lover 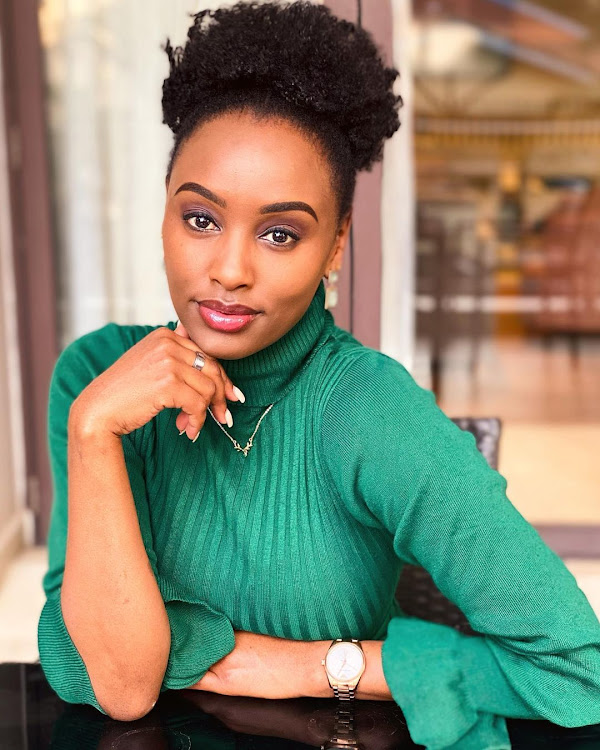 Marini naturals CEO, Michelle Ntalami, served us tea as she opened up on what happened between her and ex-lover.

On an Instagram QnA Michelle engaged her followers as she posted, ‘Social and Personal life. Ask Away!’

“Do you think you denying dating (Michelle the blurred name) publicly affected your then relationship?”

Michelle then wrote a subheading as she got ready to jump into the deep end.

“The truth about the ‘Denial’ story,” she wrote.

“I’d like to set the record straight on this once and for all, as I keep seeing it coming up.” Michelle began.

The duo consented not to publicize their relationship, and in media interviews, they both agreed to say no if the question came up.

“First, contrary to what it may have been made to seem, NO- I did not deny them. We MUTUALLY agreed not to publicize our relationship for so many obvious reasons, but still very much openly showed each other love as was evident from both sides. However, our family and close friends knew and anyone smart enough to pick it up.” She jotted down

“In media interviews when asked, we agreed to both say ‘no’ as you’d seen from both sides,” Michelle said

Trouble in paradise then started brewing up.

“Despite them ‘outpouring’ their love for me on social media, on most occasions behind the scene's they were up to no good almost ON THE DAILY, for over a year,” she opened up.

Michelle continued to say that the other party was cheating, and would compensate with social media love.

“Worse still, they know they’re cheating as they did that,” she wrote.

Michelle admitted that she knew of the party cheating and severally tried to talk them out but to no avail.

“Anyone who’s gone through this with their partner can relate. I call it PRIVATE TURMOIL, PUBLIC BLISS. It’s the worst.” She said.

After the cat and mouse chase, she finally caught ‘them’ red-handed, but they refused to own up and shifted blame, thus the story of Michelle denying 'them.'

“To me, this was them turning their back on me twice; once with the infidelity, another with the mutual agreement we had.” The business mogul.

Despite the bliss that the two portrayed, Michelle said she did not trust the person fully due to her previous history of cheating.

"I fully take the blame for overseeing the red flags." She said.

Michelle later came to find out that the partner had another relationship, and were it not for being caught they would have continued.

“They had another entire year-long affair with someone else." She wrote.

"Was the issue denial, or their habitual streak of infidelity?" she interrogated.

Michelle voiced she is grateful she did not come out as the popular opinion was.

“I can only imagine how I’d have felt if I did, and they still go ahead to cheat.” She said

“As I always say, there’s my truth, their truth, and THE TRUTH. They know the truth.” She concluded

Michelle Ntalami denies being in a new relationship