What are the effects of Grammys noms? 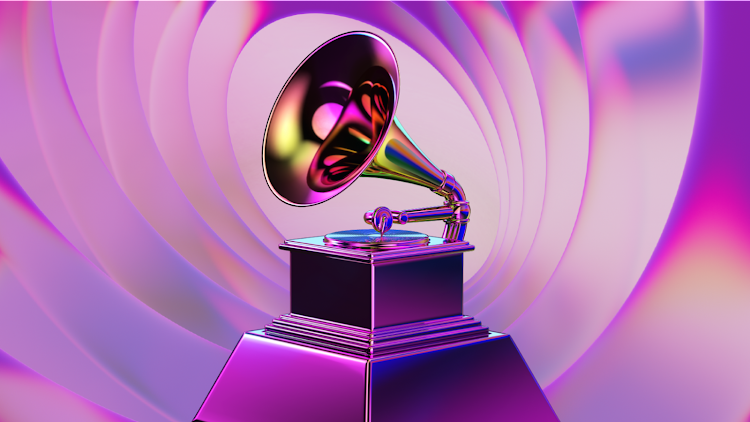 What happens when you win a Grammy?

After you've wiped away the tears and thanked your mum, you can expect to sell a lot more records. Even a global blockbuster like Adele's 21 saw a 207% sales increase after it won best album in 2012.

"It impacts your ability to attract attention, thereby getting you better deals, better contracts," he told Billboard earlier this year.

But the halo effect doesn't end there.

A new study suggests that Grammy winners are more likely to try out new sounds and make stylistic innovations on their next record.

"Think about Fleetwood Mac going from Rumours to Tusk," says sociology Professor Giacomo Negro, who co-authored the paper. "The songwriting is more sparse, and you even have influences from post-punk. It's a very different album."

"Or take U2, who won album of the year for Joshua Tree [in 1988]. Their next main album was Achtung Baby, which had elements of dance and Krautrock.

"So you begin to see that winning a Grammy has tangible consequences for both the artists and their audience."

The team studied five decades of Grammy ceremonies to reach their conclusion... But they also made a second, more surprising discovery.

Artists who are nominated for a prize but don't win go in the opposite direction, making records that are less unique, with a sound that's closer to existing music in the same genre.

"By implication, the award system apparently exerts a chilling impact on artistic differentiation," the study suggests, "even though the intentions of award sponsors are often the reverse".

Sgt. Pepper's Lonely Hearts Club Band, which won Album of the Year in 1968, rewrote the rules of rock with its baroque, psychedelic musical experiments. Rather than repeat themselves, however, The Beatles' ditched Pepper's lush orchestrations in favour of a stripped-back, avant garde aesthetic. Helter Skelter's distorted guitars presaged heavy metal, while the tape collage Revolution 9 introduced radical art to the mainstream. The resulting album is one of their most celebrated and eclectic works.

Christina Aguilera's debut album was a sparkling gem of production-line pop that earned the star a best new artist award in 2000. For the follow-up, she wrested creative control from her record label RCA, and set about making a gritty, edgy album about self-identification and independence. While most pop albums of the era stuck to one sound, Aguilera embraced hard rock (Fighter), torch songs (Beautiful), hardcore club music (Dirrrty) and Latin Pop (Infatuation); while her raw, vulnerable lyrics inspired future pop stars like Rihanna, Ariana Grande and Miley Cyrus.

By the time Billy Joel won Record Of The Year in 1977, for Just The Way You Are, he was fed up with being described a soft-rock balladeer. At the same time, he was selling out arenas and realised he needed harder, louder songs to fill those spaces. So, he raised the tempo, turned up the guitars, and scored his first ever US number one with It's Still Rock and Roll To Me. "I could have come out with a record that would have guaranteed a certain amount of sales, by doing something similar," he said in 2010. "Frankly, I would have been bored to do that. I would have been a dead duck, career-wise. You have to discard an audience to pick up another one."

Billie Eilish made history when she won all four of the Grammys' biggest awards in a single night for her debut album, When We All Fall Asleep Where Do We Go? Her uniquely twisted take on pop music could have been extended onto a second album but Eilsih chose to evolve instead. Last year's Happier Than Ever takes detours into bossa nova and grunge rock, while exploring more mature lyrical themes. It earned her a second nomination for best album earlier this year.

In the 1970s, Stevie Wonder had an incredible run at the Grammys, winning album of the year for three consecutive releases - Innervisions, Fulfillingness' First Finale and Songs In The Key Of Life. Each victory spurred him on to ever-greater heights, culminating in his magnum opus - a sprawling double album full of classics like Pastime Paradise, Sir Duke, Isn't She Lovely and As. Capturing Wonder at his creative peak, its socially-conscious lyrics and radical electrification of soul music laid the groundwork for Prince and Michael Jacksoon in the 80s.

The research was conducted by three US academics, Giacomo Negro from Emory University, Balázs Kovács at Yale and Glenn R Carroll of Stanford. It is due to be published in the American Sociological Review next month.

The team looked at every Grammy Award in the "big four" categories (best album, best new artist, record and song of the year) from the ceremony's inception in 1959 until 2018, when Bruno Mars was the big winner.

They also categorised more than 125,000 albums by attributes such as genre, style, key, tempo, energy, danceability and "acoustic-ness" - using tags from the online music database AllMusic, combined with the metadata Spotify uses to classify individual songs.

That allowed them to calculate the "typical" sound of a musical genre and, subsequently, the extent to which an album strayed from that sound.

Interestingly, the research showed that Grammy-winners tend to remain within the confines of their chosen genre. It's only after winning that their sound changes.

The authors suggest this is due to the combination of confidence and leverage that a victory provides - with artists able to challenge the commercial demands of their record labels, and demand more resources to record new music.

"The subsequent music does not necessarily receive higher critical acclaim, or higher sales," he says. "It's an interesting conundrum, where the artist takes a different path but the audience doesn't necessarily follow."

Nominated losers, by contrast, hold onto their fanbase by making music that sounds familiar.

The study cannot explain why artists become more conservative after losing an award, but the authors speculate it might be due to a phenomenon known as "silver medal syndrome".

Proposed in 1892 by psychologist William James, it was best explained by comedian Jerry Seinfeld, who once said he would rather come last in a race than win silver.

"You win the gold, you feel good. You win the bronze, you think, 'well, at least I got something'," he explained.

"But you win that silver, that's like, 'Congratulations, you almost won. Of all the losers, you came in first of that group.

"You're the number one loser.'"

That negative reaction to "near success" could make musicians second-guess their instincts, or even try to copy the "consecrated artists", says Negro.

In the end, the report's authors pose a provocative question: Would the music world be better off not publishing the list of nominees?

"Such a change in the system would no longer incentivise conventional behaviour by shortlisted artists," they suggest. "On the other hand, publicising a shortlist promotes album sales, even if an artist does not win."

Grammys - it's over to you.

Emmy Awards, the most prestigious honours in TV, have been announced
Trending
4 weeks ago

He is one of the stars of Netflix documentary series Cheer, has been sentenced to 12 years in prison on child sex abuse charges
Trending
1 month ago