UB40 to perform at Commonwealth Games 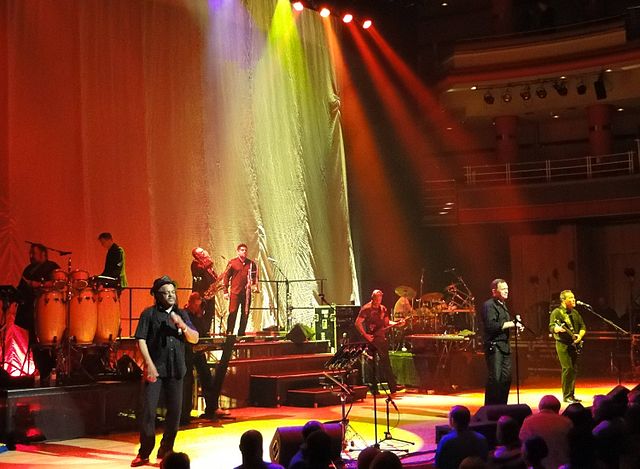 Artists including UB40 and Dexys Midnight Runners will play at the Commonwealth Games Closing Ceremony.

They will perform at the Alexander Stadium in Birmingham later to mark the end of the 11-day sporting event.

The ceremony will also feature a sequence from musical Peaky Blinders: The Redemption of Thomas Shelby.

Birmingham 2022 Chief Creative Officer Martin Green said it would "celebrate the vibrant energy and cultural heritage of this incredible city".

Wolverhampton's Beverley Knight and Walsall's Jorja Smith will also be part of the West Midlands line-up.

Smith, 25, was named Best British Female Artist at The Brit Awards in 2019 and is known for her song Be Honest.

The show, which has been created by directors Amber Rimell and Bronski from Tawbox - known for shows at Glastonbury and the Brits - is aimed at showcasing the region's musical talent from the past, present and future.

A sneak preview of Peaky Blinders: The Redemption of Thomas Shelby, will be shown, including a performance from Laura Mvula of a newly commissioned track inspired by Nick Cave's Red Right Hand, the show's theme tune.

Written and adapted for stage by creator Steven Knight and choreographed and directed by Rambert's Artistic Director Benoit Swan Pouffer, the musical's world premiere will be at Birmingham Hippodrome on 27 September as part of the Birmingham 2022 Festival.

The closing ceremony, which will take place in front of a live audience of 30,000, will include a formal handover to the state of Victoria, Australia, which will host the 2026 Commonwealth Games.