Zafar Rushdie said his father had sustained life-changing injuries, but was able to speak to his family 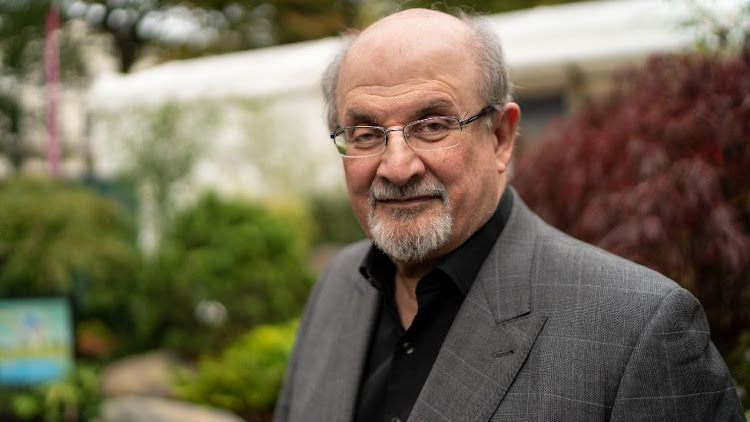 Author Salman Rushdie is still in a critical condition but "his usual feisty and defiant sense of humour remains intact", his son says.

Zafar Rushdie said his father had sustained life-changing injuries, but was able to speak to his family.

Mr Rushdie, 75, was left severely injured after being stabbed on stage at an event in New York state.

He has faced years of death threats for his novel The Satanic Verses, which some Muslims see as blasphemous.

The man charged over Friday's attack has pleaded not guilty to attempted murder.

The family were "extremely relieved" when Mr Rushdie was taken off a ventilator on Saturday, he said, adding that his father was able to "say a few words".

"Though his life-changing injuries are severe, his usual feisty and defiant sense of humour remains intact," he said.

Earlier, the author's agent Andrew Wylie said his "road to recovery has begun".

"It will be long; the injuries are severe, but his condition is headed in the right direction," he said.

The suspect Hadi Matar, 24, is accused of running onto the stage and stabbing Mr Rushdie at least 10 times in the face, neck and abdomen.

A judge ordered he be held without bail after District Attorney Jason Schmidt said Mr Matar had purposely put himself in a position to harm the author.

"This was a targeted, unprovoked, pre-planned attack on Mr Rushdie," Mr Schmidt said.

Mr Wylie has said the celebrated novelist suffered severed nerves in one arm, damage to his liver, and would likely lose an eye.

President Joe Biden and the First Lady, Jill Biden, have joined the widespread condemnation of the attack, saying that Mr Rushdie "stands for essential, universal ideals".

The novelist was forced into hiding for nearly 10 years after The Satanic Verses was published in 1988. Many Muslims reacted with fury to it, arguing that the portrayal of the Prophet Muhammad was a grave insult to their faith.

The fatwa remains active, and although Iran's government has distanced itself from Mr Khomeini's decree, a quasi-official Iranian religious foundation added a further $500,000 to the reward in 2012.

Mr Matar, from Fairview, New Jersey, was born in the US to parents who had emigrated from Lebanon, a Lebanese official has told the media.

A review of his social media accounts has suggested he is sympathetic to the causes of the Iran's Islamic Revolutionary Guard Corps (IRG), NBC News reported.

However, no link has been definitively established with the IRG - a major military, political and economic force with close ties to Iran's Supreme Leader, Ayatollah Ali Khamenei, and many other senior figures.

Mbosso's girlfriend ready to have 10 kids with him

'Princess Tiffah will be my heir,' Diamond declares