Mbosso has had an illness since his childhood 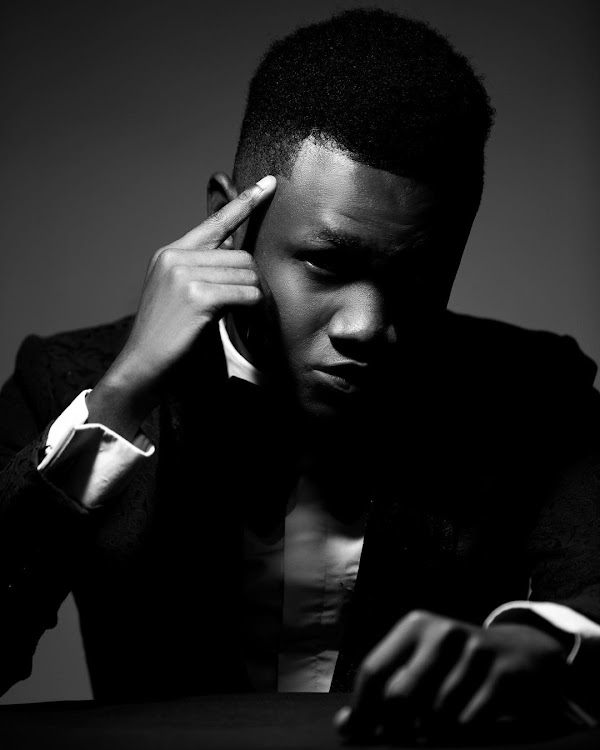 Mbosso has postponed his American tour that was meant to take place end of November to mid-December.

The singer says his doctor advised that he stays home due to an unannounced illness.

"Hello my USA fans, due to medical reasons, the doctor recommended that  shoud not travel or sit in a plane for more than eight hours."

"This has come at a time where I am supposed to start my USA tour from Thanksgiving weekend."

"I apologize to all my fans, promoters and anybody who was waiting to see me at this time."

"New tour dates will be announced as soon as I get clearance from my doctor I guarantee you that the tour will happen." 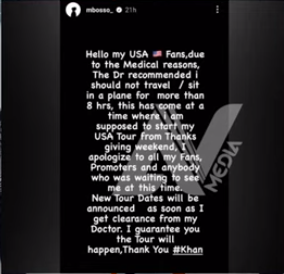 In a past interview Mbosso said since his childhood, he has had an illness where his hands shake, hence he can't hold anything firmly.

The 'Hodari' hitmaker told Tanzanian media pundits that when he first got into the music industry, people thought he was under the influence of drugs.

(When I was signed by Mkubwa Na Wanawe, my management thought I was using illegal stuff, since I kept trembling. I went to doctors who told me that the sickness will probably not end).

In another interview with Wasafi Media Mbosso said the condition was cased by a blockage in his arteries.

"I have been told my problems are due to my blood vessels being blocked by fat. I have had this condition since I was born," Mbosso said.

"I have been pressured to keep on exercising. There are also professionals I have contacted. I have to travel to meet them," he said.

The singer also opened up about doctors telling him that he would be infertile when he reaches 30 years.

"The doctor told me my condition was probably going to get worse after the age of 30. He said it might lead me to never have children again without treatment."

Why Mbosso and Diamond had heated arguments