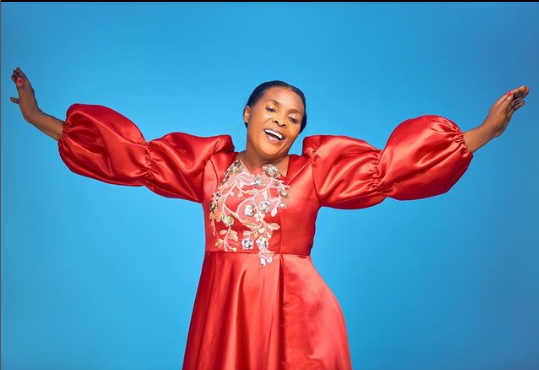 Celebrated gospel singer Rose Muhando has once again denied long-time rumours that she has ever used hard drugs.

In an interview with Clouds FM, Muhando said the rumours were spread by an unmentioned man who was her oppressor.

Asked whether she used drugs in the past, she responded

(I have never used drugs (swears)

Adding; "My oppressor was the one who used to make up stories so that people won't know what he had been doing to me. People knew he was my closest person, so they believed him."

She narrated how the oppressor wanted to set drugs on her;

"There's one policewoman who came to me and told me that the oppressor had been planning to set me up to make it look like I was using drugs."

In a past interview, Muhando explained that she underwent a painful past under a church elder.

“I didn't have a voice to go and report. The one who had held me hostage couldn't let me speak to anyone," she said.

"For me to have this freedom, it cost me my own blood. In the last few days, I said I was ready to die. I told the person to do whatever they wanted to do to me.”

The emotional singer added, “It reached a point I wasn't eating, I didn't even like where I was living at. I cannot say the kind of torture I got and why they did that.”

Since her debut album in 2004, 'Mteule Uwe Macho', Muhando said she had been going through challenges and that she would get on stage and perform a few minutes after crying because of the pain.

The singer recalled her experience in 2010 when she was rehearsing for her album 'Utamu Wa Yesu'.

“I was beaten up, my blood was flowing all over. The producers who were there witnessed everything. I went through a lot of challenges,” she said.

“I was being beaten while my kids watched.”

Muhando said the torture started when both her parents died. She recalled another horrifying experience with the church elder and two of his friends.

“I was beaten and told to kneel down. They put a gun on my head, asking for TSh15 million. They told me to say my last prayers and I started praying. It was raining. It was in a forest. They warned me against reporting and told me they would kill me if I did,” she said.

“There was a man who was looking after his flock and when he saw, he screamed and the three guys ran away.”

The experience that made Rose Muhando leave Islam for Christianity