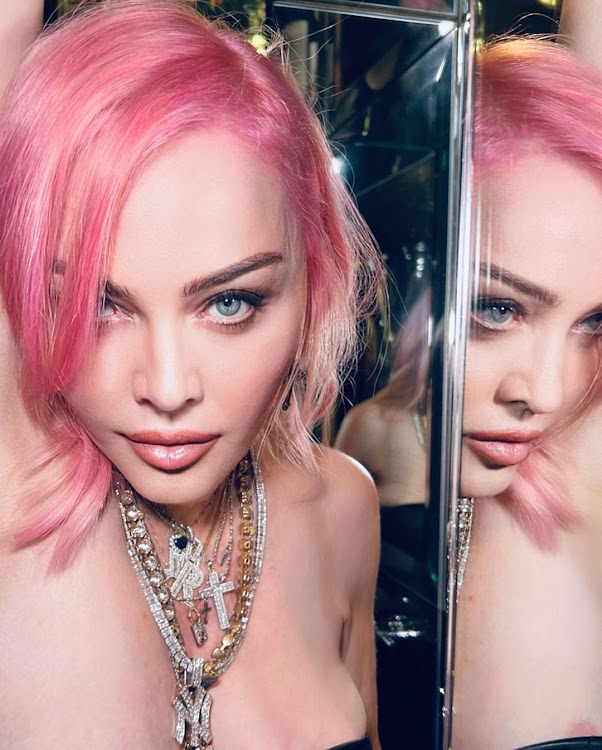 American singer Madonna is in Kenya. The singer jetted into the country on the low key and has been seen in Kibera.

The Queen Of Pop has also shared some photos while touring Kibera where she's believed to be providing advocacy platforms, education and leadership development for women and girls through Shofco (Shining Hope for Communities)

Speaking about her visit, Madonna said "My children created a mural of broken glass in Kibera in honor of the great work that Kennedy Odede — is doing @shofco ,An organization he created When he was a child living in the slums of Nairobi to improve the lives of families Living in these challenging conditions."

She went on to salute Kennedy Odede the charity work he is doing in the Kibera slums together with his wife Jessica.

She promised that they will continue to partner with him (Odede) through his foundation Shining Hope for Communities (Shofco).

"Focusing on filtering the water, Education, Enabling loans for women and men to start up businesses and putting a stop to gender-based violence By empowering women, taking legal action and giving them a safe space to Rebuild their lives.

"We are very impressed with his work and his commitment to This community and excited to continue working with him and his wife Jessica!! 🇰🇪♥️🇰🇪♥️@raisingmalawi"

Two-time Oscar nominee Renner is best known for his role as Clint Barton/Hawkeye in the Marvel cinematic universe, starring in several Avengers films
Entertainment
1 month ago

In a trailer for the sit-down interview with ITV's Tom Bradby, he says "they've shown absolutely no willingness to reconcile," although it is not ...
Entertainment
1 month ago