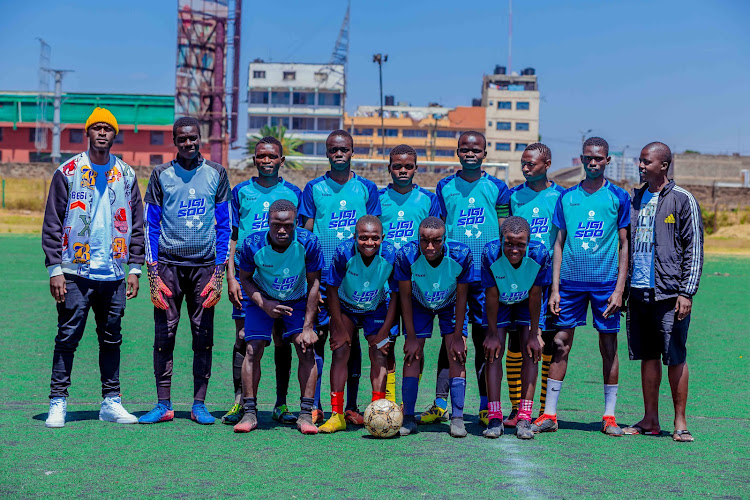 Rapper King Kaka held the second edition of under 17 Ligi soo football tournament over the weekend at Nairobi City stadium.

Through the Kaka Empire mentorship program, eight teams battled in various categories during the full-day event.

The proceeds from the tournament are used to empower underprivileged youth in nurturing their skills in order to build businesses that can sustain them.

In a statement, King Kaka said he strives to help young people achieve their dreams "By making this football tournament happen; the main aim is to mentor them on how they earn a living through running a small business. It is upon us to raise a purpose driven generation."

He also took to social media to congratulate the winners announcing that the next edition will be in April.

"What a weekend. 8 teams, One Winner. Congratulations to Makongeni’s MASA on retaining the Ligi Soo Mentorship Championship Title.Thanks to everyone who made the league possible."

The music star launched the initiative in November 2020 with a drive of establishing mental strength as a foundation for youths from Eastlands.

Kaka Empire CEO King Kaka has congratulated Femi One after winning the award for Best Female rapper at AFRIMMA Awards.
Entertainment
2 months ago