Kanye, 42, had been constructing four ‘’Star Wars’-like structures on his 300-acre Hidden Hills estate in Calabasas, which he and Kim Kardashian first purchased back in 2014.

The ‘Gold Digger’ rapper hoped that the domes would go on to ‘break barriers that separate classes… namely, the rich, the middle class and the poor.’

However, according to TMZ, the ambitious project is at threat of being demolished despite still being its early stages, following several of complaints from neighbours to the LA Department of Public Works. 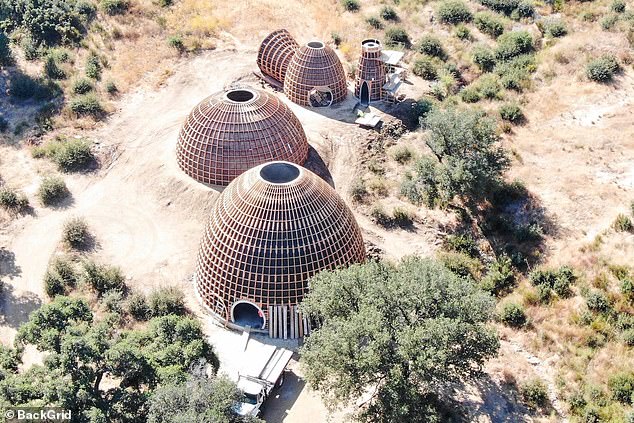 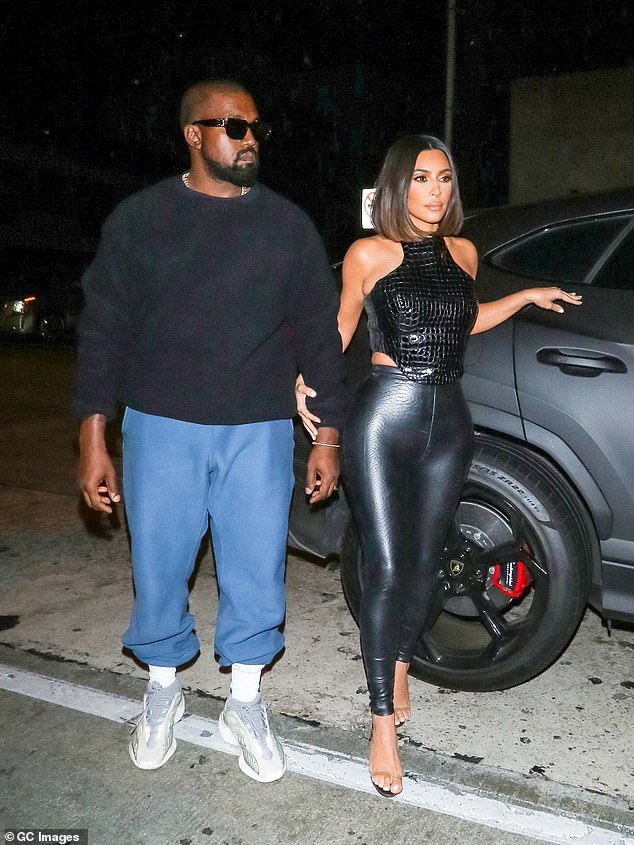 One of the complaints was filed on July 18, with a neighbour telling the department construction of the dome was carrying on late into the night.

An inspector was summoned to the property the following day and spoke with the site manager who reportedly said the domes were part of a ‘production’ and were temporary.

As the buildings were temporary, the site manager said a permit for their construction wasn’t necessary.

However, when an inspector revisited the property last week following a second call regarding late-night construction, a breach of county building codes was said to be discovered. 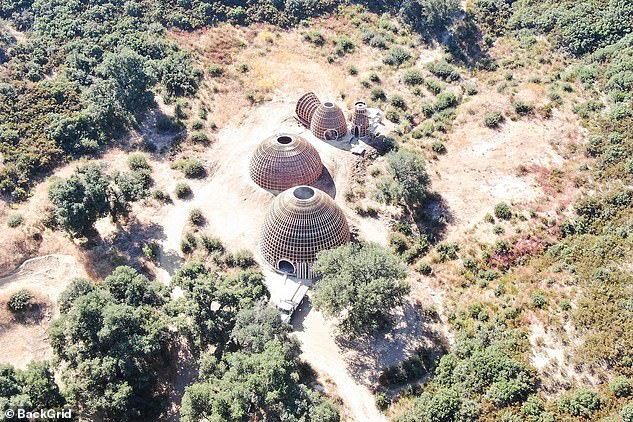 Kanye’s construction team say they’re in touch with the County and intend to comply with the outlined requirements.

The source added that the concrete base was necessary to secure the structure for safety reasons but it will eventually be removed.

The domes are said to stand approximately 50-ft high and appear to currently be just hollowed out wood structures.

The project is in its ‘early state’ and Kanye’s team is said to be pulling ‘from every period of man’s existence on earth.’

Those who have gotten a sneak-peak at the project say that it is massive and larger than life.

‘Dynamic’ has been the word used to describe the project, which fits the exclusive brand that the fashion-mogul has come to be known for.

‘There, with the hazy heft of something enormous and far away, stand a trio of structures that look like the skeletons of wooden spaceships,’ Zack O’Malley Greenburg wrote of the project in Forbes cover piece on Kanye.

‘They’re the physical prototypes of his concept, each oblong and dozens of feet tall, and West leads me inside each one. He tells me they could be used as living spaces for the homeless, perhaps sunk into the ground with light filtering in through the top.

‘We stand there in silence for several minutes considering the structures before walking back down to his lurking Lamborghini and zooming off into the night.’

I get hurt when people speak sickness into me – Rose...

‘Let’s build our future instead of dying in the streets’ –...

‘Globally, Kenya has driven most of his views’ Diamond’s hard work...

‘He saw no vision in our album!’ Ethic cry out after...

‘I love your stupidity,’ Fans attack Ringtone for claiming he’s richer than Diamond

‘I do not like to cook!’ Betty Kyallo on stigma around women in the...

‘It’s been three weeks since we last had s3x,’ Size 8 complains

Nick Ndeda’s two cents on people against celebrities who are silent on police brutality...