KUWTK star Kim Kardashian revealed her third husband Kanye West conceived one of her favorite looks when she matched a neon wig with a 2018 Lamborghini Huracan in Miami on August 16.

‘I remember we had regular hair and then we FaceTimed Kanye,’ the 38-year-old mother-of-four told hairstylist Chris Appleton for his Gay Times cover story.

‘He was like, “You’re in Miami, do neon hair. I’m getting you a neon car, it’ll be downstairs – just trust me on this one. You need neon!”‘ 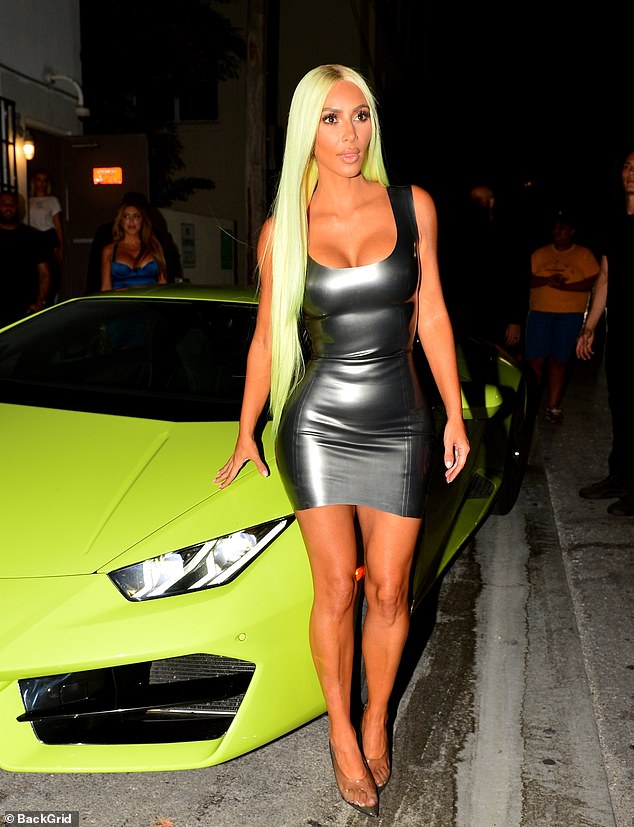 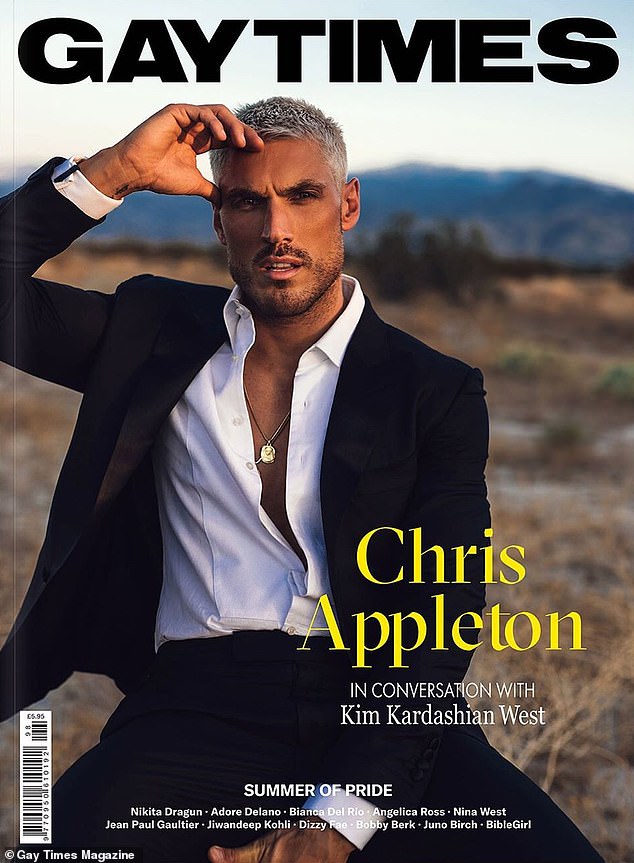 The KKW Beauty CEO paired the waist-length highlighter hairpiece with a metallic mini-tank dress and perspex Yeezy heels to hit up hotspots Prime 112 and STORY with pals.

‘We were like, “What? We are running out the door!”‘ Kim recalled.

‘We had full black hair and we changed that last minute. That was so fun, but crazy!’

Even their then five-year-old daughter North had fun donning the neon wig as she scooted around their lavish South Beach hotel the next morning.

The 42-year-old rapper-designer was reportedly inspired at the time by Cardi B, whose hairstylist Cliff Vmir dyed one of her wigs the same shade blue as her Lamborghini.

‘I swear he sees everything a few steps ahead of anyone else,’ the Calabasas socialite gushed to Harper’s Bazaar back in 2016.