It’s almost been two weeks since Asap Rocky’s been arrested and being held in Swedish prison for being involved in a street brawl with two pedestrians. Apparently, the rapper is being held in solitary confinement under brutal and inhumane conditions. The pressure is being put on Swedish authorities to release the rapper from their custody. They have received online pressure from fans, artistes, actors and even US authorities to free rapper. Now Kim Kardashian and Kanye West are in talks with Donald Trump and his team to find a way to free him. 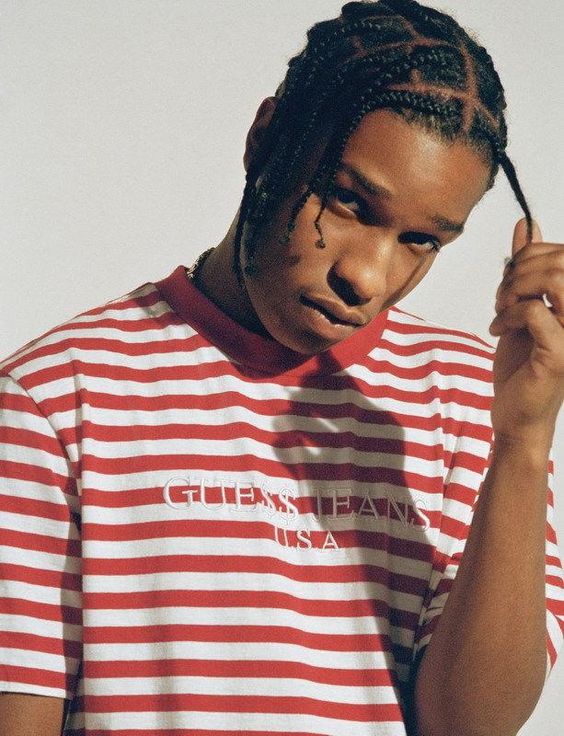 Kim reportedly called Trump’s senior advisor, Jared Kushner, who then spoke to his father-in-law Trump about Rocky’s situation in Sweden. Apparently, the president believes Rocky has been treated unfairly and wants to help. Apparently, Kanye pushed Kim to reach out to the president. It seems though that Swedish officials are not cracking under pressure. They are still holding him and have not made a decision whether they will free Asap Rocky or charge him.

Thank you @realDonaldTrump , @SecPompeo, Jared Kushner & everyone involved with the efforts to Free ASAP Rocky & his two friends. Your commitment to justice reform is so appreciated 🙏🏼🤞🏼 https://t.co/Ym1Rzo5Z6c

Most people who hear about the case are pretty shocked to find out he’s being detained for such a long period of time over a street brawl and hasn’t been charged with any crimes. Artistes cutting across all genres of music are finding it hard to perform in Sweden. Protesting in retaliation for his treatment though Cardi B isn’t one of them. She does want rocky to be free but she’s not going to protest Sweden” I’m not gonna ban a country that’s shown me so much, love. But they do need to free Asap Rocky.”

Apparently, Quavo even came out and spoke about the unfair treatment he got when he went to Sweden. Allegedly he and his cameraman were detained in a Swedish airport for no reason. They were eventually released. All the treatment Rocky has gotten makes people think Swedish has something against a certain group of people. In an interview, the Swedish ambassador said black people are welcome to their country and they have nothing to fear.

Cardi B’s take on corona virus, she is not taking any chances