She’s been spending her week in gorgeous Turks and Caicos.

And on Tuesday, Kylie Jenner showed what the summer sun has done for her when she posted a photo of herself with a generous tan in a tiny black bikini.

The 21-year-old’s gaze was fierce as she modelled a number that featured high-cut bottoms and drawstrings on either side of her sunkissed hips. 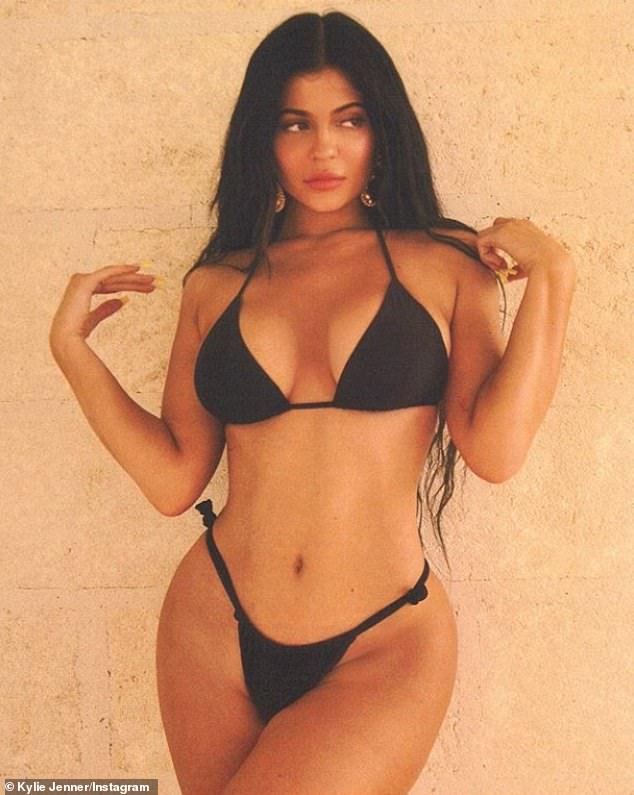 The steamy shot comes days after Kylie sloughed criticism for allegedly altering one of her vacation photos alongside BFF Anastasia ‘Stassie’ Karanikolaou.

In the photo, Kylie and Anastasia strike poses on a white couch in matching powder-blue ensembles.

Some fans’ eyes averted to a stripe on the couch that they claimed appeared to be curved unlike the rest of them, suggesting that Kylie might have used a photo-editing tool to emphasize her assets.

‘Next time you photoshop your pictures make sure you’re not sitting in front of a pillow with stripes,’ one commenter said.

‘look at the lines on the pillow behind her torso [vomit emoji],’ another commenter added.

Kylie made headlines just before she hit the island when she shared photos of her chosen method of transportation – a personalized private jet emblazoned with the name of her latest released product, Kylie Skin. 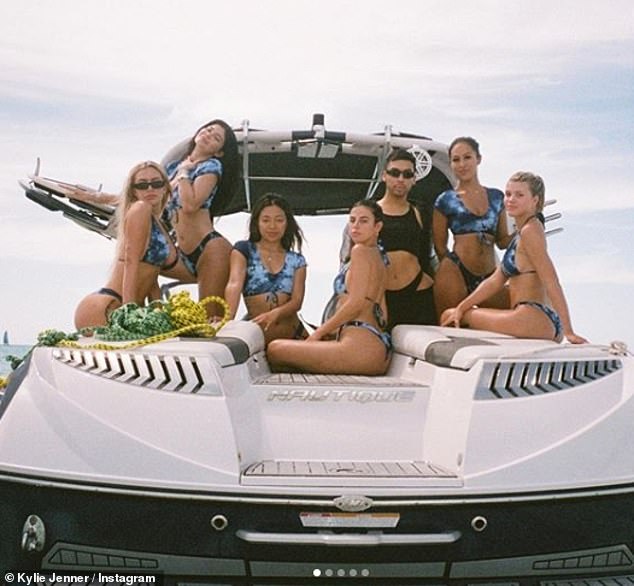