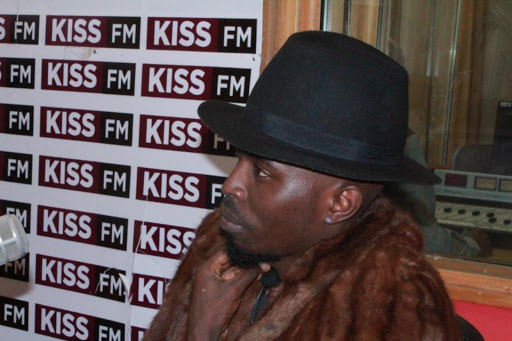 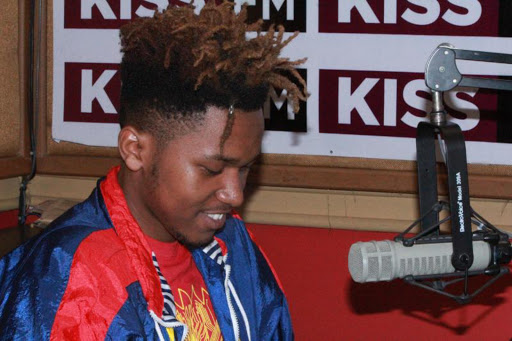 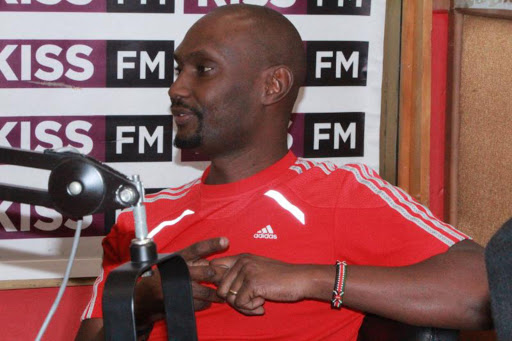 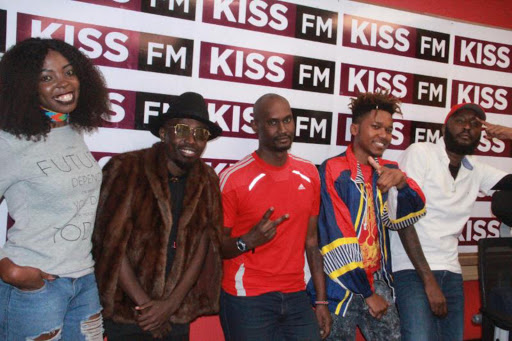 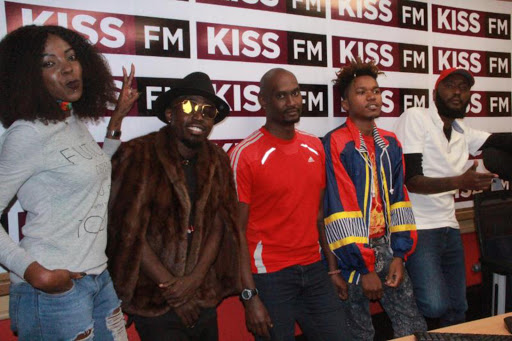 Decimal Records was officially re-launched at the Michael Joseph Centre in an event hosted by record label executives: Musyoka and Bon’eye on Thursday, 4th May. They unveiled the label’s newly signed artistes: Brian Nadra, Konkodi and Jack Rooster and their brand new careers, including that of Bon’eye’s.

Today, they graced the Kiss FM studio on Breakfast with the Stars with Adelle and Shaffie. Musyoka was accompanied by Brian Nadra and Konkodi, who have been hiting the studio and releasing hits after hits.

Well, Brian and Konkodi went ahead to share what they have learnt so far working with Musyoka, who is  one of the most celebrated producers in the 254.

The two even made fun of Musyoka saying that they have to teach him a few things about so as to keep him informed.

They also released their brand new jams during the show and I must say, they are sizzling hot.

Listen to the full audio below