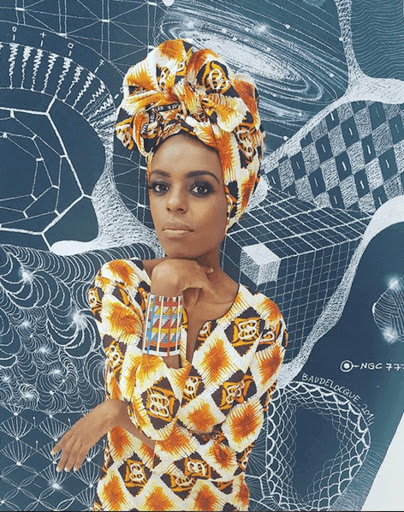 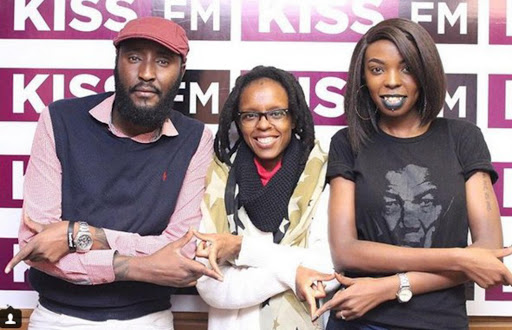 Nancy Nanjala Nyongesa aka Njambi Koikai has been battling a condition known as Endometriosis for the last 18 years but the last two years it has been worse when she started having chest pains.

She was working in Nation FM and Q FM and she thought it was the AC in the studio. Every time she would walk into the studio she would switch off the AC and still the pain wouldn't stop. The day it got worse she was on air during her night shift where she completely lost her breath. She pushed down the faders and slept on the mixer, luckily the driver was around and rushed her to the hospital. After that the doctors didn't find anything wrong with her so they gave her pain killers and she went home.

A week later the chest pains didn't stop so she ended up going to the hospital again. To add to all that, her grandmother who raised her was also sick so they went to the hospital together. She was diagnosed with ulcers. She remembers the doctor coming with X rays scans and told her she has to go to theater that same night because her lungs had collapsed. She couldn't make it to the next day.

Njambi was more than stressed because she just got retrenched, she didn't have medical cover and her grandmother was sick. She went back home with her family and by Gods grace she made it through the night and was able to pull together some money. The next day she went to the hospital and a tube was inserted in a long surgery process, and that how it all began.

Later after two weeks, her grandmother was diagnosed with pancreatic cancer and she was also dealing with something she has no idea what it was. She went on TV to fund-raise for her grandmother. Then a lady called Cindy reached out to her on Facebook and asked her if she experiences problems with her lungs during a certain period. She found it strange because her lungs would only collapse during her periods. That's when she told her she has a reproductive health issue and she should go and see Dr Patel in Agah khan. She went and was diagnosed with thoracic endometriosis.

These are extremely painful cramps that can cause one not to move or just do anything because of extreme pain. And this is something that's very serious. If someone is not checked those cells can move to other part of the body. Which sadly was her case, the cells moved to her lungs and every time she would have her periods her lungs would collapse. They collapse because these cells bleed into her lungs causing a lot of water and blood to be full in her lungs and there is excess air that need to be sucked out through surgery.

In an interview with Kiss 100 Shaffie Weru and Adelle Onyango on the Breakfast With The Star, she said;

“This year alone I have undergone 10 surgeries. As I Am talking to right now I have a collapsed lung.”

In her check up this last Tuesday, she was told she can't even fly out. They needed to suck out the blood and water to be allowed to fly out for her treatment in Atlanta.

The lady who helped with her diagnosis was a stranger and they have never met.

“I have never met with Cindy, we just speak on phone because she is so busy and she has also been battling with many issues. She calls me up and prays for me. And she is always like 'yoh Njambi! am really really really routing for you.' She also went though the same thing but hers wasn't as serious as mine.”

When she first received the news she was very scared and she was wondering what all this was. At first she thought it was a cold because she was so used to being exposed to cold. She all along thought it was the continuous exposure to cold that got to her. And her mum would tell her

She finally found a specialist in Atlanta but the was told that the treatment would cost Ksh10million. She has managed to raise 4.5 million.

Why did she come out and speak out about it? Because her family inspired and supported her, and it was also easier for her because she had dealt with cancer. Also she has never been afraid of speaking up. She stated that she is not going to die yet because there is a solution. She stated she isn't afraid of anything adding;

“In the ghetto we say tunaogopa Mungu,stima na njaa pekee.”

Njambi is very positive that she will be able to raise the remaining ksh5.8 million, go for the medical treatment and return healed and ready to set up a foundation to help others in the same condition. She is also urging the government to increase health funding especially for extra reach to be done.

Listen to the whole interview below;