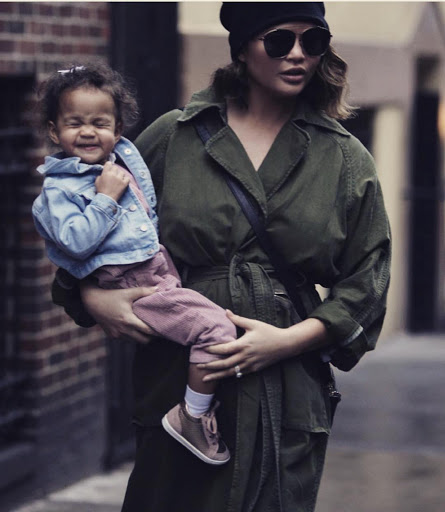 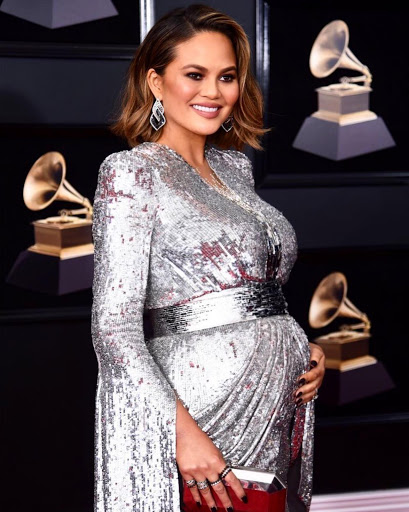 Chrissy Teigen bravely revealed last year that she suffered from postpartum depression following the birth of her daughter Luna in April 2016.

And now the model and TV personality has spoken candidly about her fears she may go through it again after she gives birth to her second child, a boy, due in June.

'Do I worry about it with this little boy? I do,' she admitted during an appearance in Los Angeles on Saturday,  reported. 'But I also know that when it does happen, if it does, I’m so ready for it. I have the perfect people around me for it.'

Chrissy, 32, opened up about her experience during a conversation with hairstylist Jen Atkin at the Create & Cultivate conference.

She described postpartum depression as like 'coming down' from a drug after having a rush of endorphins.

'I knew that I was personally unhappy, but I didn’t think that anything was wrong with it because I just assumed that that’s the way it goes,' she explained. 'You have a kid, you’re sad, you lose those endorphins and that’s the way it is.'

She added that she wished more people around her had spoken up at the time about her mood and pointed out that something was wrong.