Blessings galore! Bridget Achieng reveals the gender of her baby 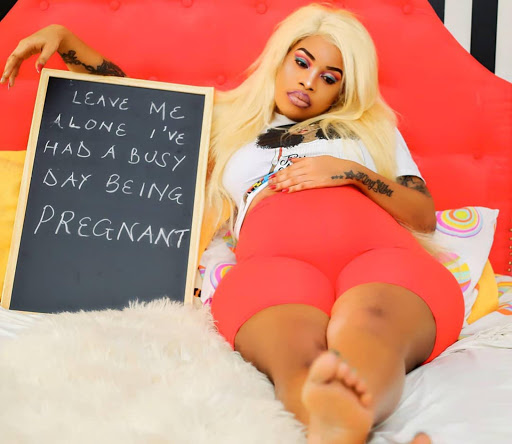 achienga
Bridget Achieng has been glowing from her pregnancy that she announced a few months back.

In an interview with BBC she revealed details of her love life saying she had assumed she was getting married to her ex.  Her ex, a Ghanaian, was not up to it because she is from a poor family.

At least she has a blessing on the way that she will give all her love to. After announcing she was pregnant, many have been questioning who the father is but she is yet to reveal that. As we wait for that, she woke up and fed her fans with amazing news where Bridget revealed the gender of her baby.

Yaaaaaaas, no one said its gonna be easy, but its worth it,💃💃💃🍾🍾#nosurprises ,Before even the numerous scans my peeps told me BRIDGET, its surely gonna be a boy ...#proudmomtobe #itsaboy#pregnancy#mommytobe#fruitfulwomenng#readytobeamum#pregnantandperfect #kenyanaijababy

As she joins her former colleagues Yvonne and Risper Faith in the pregnancy journey, we wish Bridget Achieng all the best as a new mother.