Movie review: Godzilla is back to defend his throne 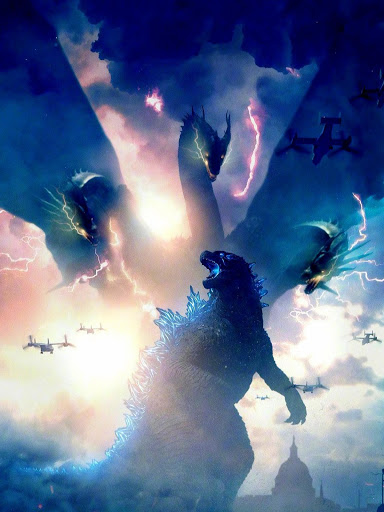 D8CxJqDU0AY1UOH (1)
Movie sequels these days are either really good or really bad.

They can go either way, so when the 2014 Godzilla movie got a sequel I hoped that the movie will take some of the criticism that most fans of Godzilla had in the previous one and would put it into effect, and they did.

Honestly i'm not so sure that's a good thing. in this movie you definitely can tell that the makers listened to the audiences and they definitely gave us more Godzilla and more of the other monsters. Some scenes are pretty jaw dropping but for the most part this movie didn't really deliver as much as I hoped it would.

My biggest problem with it, is that this movie is based on monsters fighting one another and humans are just in the way of it. And in movies like that, monsters are the main event but that doesn't mean that the human characters around them should be dull. They have A-list actors reading some pretty stiff scripts. I mean you don't really relate with them if you don't care about them, they just happen to be there in the midst of all the chaos.

If we don't care about the characters at least the fighting in the movie is going to be solid right? Well not exactly. Don't get me wrong, you do see monsters fighting in this movie but the problem I have with the camera is that it's a little too in your face. It's way too close to the action and you don't really get to see it from a good view.

The scenes before the fights are visually pleasing like when the monsters square off with one another. You're definitely going to be in awe but not really during the fight. The final fight in this movie just wasn't good as the one in the previous movie. They do make Godzilla references in this movie so that's definitely some fan service.

If you don't care about plot building, good script writing and you just want to see monsters fight, then this movie is for you. You're going to enjoy it. If you don't, you might want to pass on this movie.