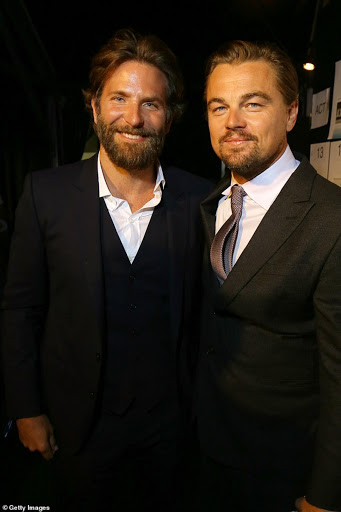 He's fresh off his Oscar nomination for A Star Is Born.

And Bradley Cooper has his eye on the prize again as he is reportedly in talks to replace Leonardo DiCaprio for the Nightmare Alley remake.

The 44-year-old handsome hunk has been offered the role for the Guillermo Del Toro directed film as the Titanic star, 44, did not 'close the deal', according to THR.

Fox Searchlight, which backed Del Toro's Shape of Water, is producing the project.

The film is on the novel of the same name by William Lindsay Gresham.

The original starred Tyrone Power and Joan Blondell in 1947.

The story follows the rise and fall of a sleazy carnival barker who partners with a female psychiatrist for a routine.

If he signs on, Cooper will play the barker, Stan Carlisle.

The news comes in the wake of Cooper's split with Irina Shayk last Saturday.

The exes began dating in 2015 and have a two-year-old daughter, Lea De Seine

And it comes just months after Lady Gaga had to dispel rumours that she and Bradley were having an affair after starring in A Star Is Born together.