Sneaker releases: What sneakers to look forward to this month 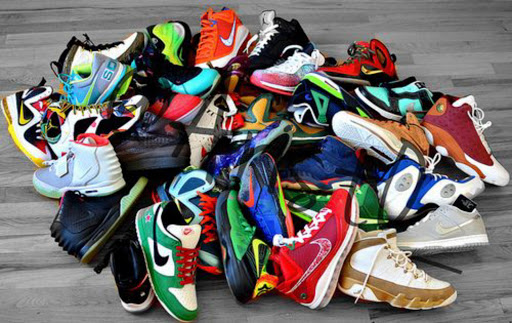 cb36848a6b27f59b809f7ce63b453900
May gave us a hell of a lot of shoes but it's now June and it's time to take a look at some of the most highly anticipated sneakers being released this month that we should be on the look out for. From Nike to Jordan and Adidas we've got you covered.

Get back to the mixtape days with the new Air Max 90 Mixtape. The shoe comes with two sides "A" and "B". "Side A" comes with a white upper plus yellow accents, yellow Nike “Swoosh”, white midsole, a white sole and lemon accents. To make things better the shoe has printed details scattered throughout. “Side A” appears on the tongue of each sneaker, and if you look below the yellow and grey flecked laces, you’ll see that “33 1/3” RPM is printed   nodding to the speed at which LPs play. There’s even more inspiring work present on the translucent outsole. There’s a hand-scrawled track list of eight colorways: 1. OG/Infrared, 2. King of the Mountain, 3. Anniversary Cork, 4. Moon Landing, 5. Lemon Frost, 6. Untold Truth, 7. OG/Ostrich, and 8. BRS Powerwall. The “Side B” colorway is predominantly black with red detailing on the Swoosh and laces, stitched detailing on the heel of the mudguard, and “Side B” printed on the tongue. The translucent outsole features the same hand- written track list of colorways.Release date June 20th at $170 retail price.

It appears that Adidas and Kanye West have no signs of slowing down the amount of  colorways hitting the market. The Adidas Yeezy 350 V2 has become nearly omnipresent thanks to a range of compelling releases. The “Antlia” colorway covers the Primeknit upper and midsole in a soft canary yellow with cool grey. It also melds several knit textures together for a patterned look,and presents the translucent one filament side stripe.Release date 22nd at $ 220 retail price.

3.Air Jordan 4 "Flyknit"
The Air Jordan 4"Flyknit" is set to make its debut with four colourways being released. Red, blue,orange and volt takes. Using different knit patterns to pay homage for the technical look the air Jordan 4s are known for. The midsoles arrive in the same bright and bold tone, though with a slight gloss, while overlays across the profile and heel opt for an opaque finish. The iconic black jumpman Jordan logo offers as a break from the monotony colour of the shoes.Release date June 20th at $220 retail price.

After receiving hints from OBJ himself back in March, they are finally out. The OBJ’s are constructed in a tonne of materials. A unique print that combines a tiger camo-style pattern with a combination of tones appears on both the toebox and collar, while the midfoot features a volt mesh base with a crisp white overlay that veers between leather on the lateral side and suede on the medial side. This then all sits atop a 720-degree Air bubble and translucent outsole, while additional details include cork insoles stamped with his personal logo.Release date June 21st at $200 retail price.

5. Adidas Yeezy Boosts 700 V2 "Tephra"
Diverting from the “Vanta”,the Adidas Yeezy Boosts 700 V2 "Tephra" the forthcoming colorway is a bit unique in its color blocking. The chunky dad shoe utilizes color blocking in light grey and dark grey tones across the upper and thick midsole. A gum rubber outsole completes the palette while reflective accents cover the various striped detailing and segmented constructions. Built with a mesh textile base with overlaying panels in premium leather and suede.Release date 15th at $300 retail price.