Annabelle Comes Home: the latest installment in the Conjuring universe 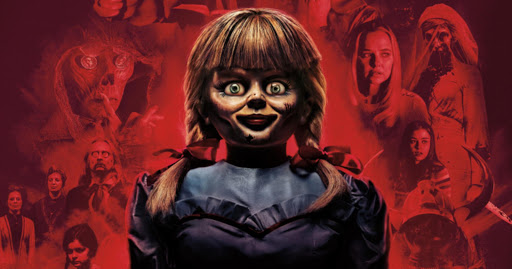 Annabelle-Comes-Home-Fresh-Rotten-Tomatoes-Score
Annabelle Comes Home is the third Annabelle movie and the seventh movie in the Conjuring universe.

The last movie from this universe was The Nun and that movie didn't really hit the right notes with audiences.

So how does Annabelle Comes Home compare to all the other movies in the Conjuring universe?

The movie is set in the house of Ed and Loraine Warren, paranormal investigators who solve supernatural cases. They have to go away for a while so they leave their daughter in the care of  their babysitter who invites a friend over and they stumble upon a room which houses some of the most haunted and cursed artifacts in the world. They release the Annabelle doll which in turn releases all the artifacts leaving them stuck in a house plagued with demons.

It's predictable, a little too predictable. You know when you watch a horror movie' and you can tell a loud noise followed by a jump scare is coming.That's what you pretty much get.

If your going to watch this movie as someone who just wants to have a good time and get frightened, this movie will work.The production, editing and acting was great. There are a multitude of evil elements who plague the Warren house so if you get sick of one demon there's another one you can focus on.

Overall, it's pretty solid. You're not missing out on anything if you decide not to watch it. But if you do decide to watch this movie, your not going to regret it. It's good fun, some great scares but nothing that really sticks out.