Child's Play is one creepy movie you should definitely watch 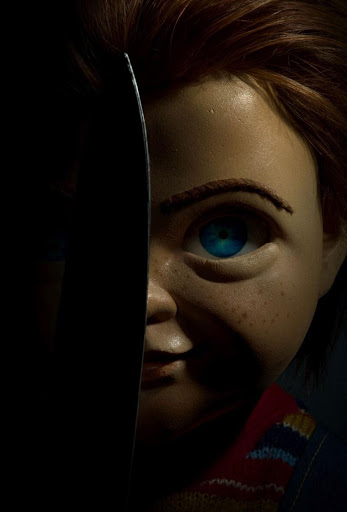 D9kEuDVXkAAKeoM
If you've ever watched the original Chucky movie before, then Child's play is going to be pretty familiar to you.

Child's play is a slasher horror movie set around a child (Andy) who gets a doll that ends up becoming his best friend. Problems start when the doll gets a life of its own and starts killing people to protects it's owner and their friendship.

It's different from Chucky in a couple of ways. Chucky was basically a doll possessed by the spirit of a murderer and he killed people just because he can, he's a murderer. In this movie, Buddi (the doll) has a purpose for murdering people, so it felt a little bit more understandable though it was a bit extreme.

This movie was actually pretty good. If your a slasher flick fan, your definitely going to enjoy some of the more bloody and gory deaths in this movie. I would highly advise you not to watch this movie with a child.

The relationship between the mother and child was believable, they work well together. The doll was incredibly creepy almost as creepy as the original Chucky doll. The people who made this movie knew what it was, it's about a doll killing people it didn't the itself too seriously it knows what it is and it plays in it's own game that's what makes the movie better than what most people expected it to be.

There are some cliches though like the relationship between the mothers boyfriend and the child. They don't really like each other so that's going to bring animosity to the household. And some characters just didn't feel necessary, they didn't fit into the story. It's as if they where just there to be killed.

This movie doesn't tie in with the previous Chucky movies, it's a stand alone film and honestly I think that was a good choice. Overall Child's play was a pretty good horror movie and you will have a good time watching. It's super funny so long as you don't have a problem with seeing people being butchered by a doll.