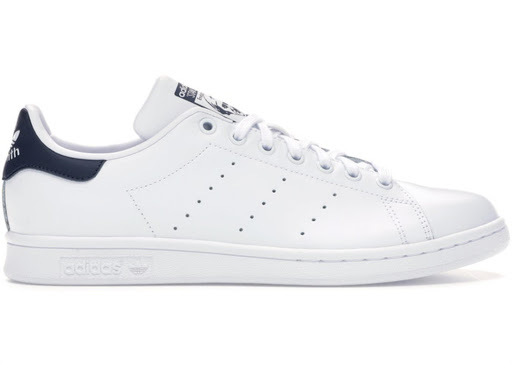 adidas-Stan-Smith-Core-White-New-Navy-Product
Sneakers today is a  multi billion dollar industry releasing multiple shoes a years its kinda hard to find a pair of shoe that you would actually want to wear for years to come. But with so many sneakers being released in a month its kinda hard to find something that works for you and you feel comfortable in.

Here is a list of five sneakers which have been around for decades and are still being worn by artistes and celebrities today due to their timeless design.

The shoe was a collaboration between Adidas and the American tennis player who was active in the 60s and 80s. The collaboration brought forth a tennis shoe that can be dressed down and dressed up which has stood the test of time and is still worn to this day. Retail price for the soe is around 5000/=

This shoe company was started back in 1918 and collaborated with the like of Nike to make basketball shoes. originally made as a running she the Converse all stars have barely changed their design and has been around for over a century. The brand is so iconic its hard not to see anyone today who doesn't know the shoe.

The classic shoe made originally for skateboarders. This shoe slowly found its way onto the feet of non skateboarders. The black and all white colour ways are the most iconic and can be worn in several occasions.

The Nike Cortez is the first track shoe created by Nike, in 1972, and is therefore thought to be a significant aspect to the success of Nike. Made poplar by Tom Hanks when he had his iconinc role in the movie Forest Gump and associated with the west coast of the united states. If you dont like the desing of the shoe you ,ight want to take a second look. Both affordable and timeless this shoe is bank for your buck.

If you like the Adidas Yeezy PowerPhase Calabasas  and cant afford them. This is an alternative replacement . The Reebok 85 have that old school 80s vibe to it with is perfect if you consider your style to be more retro inspired. This shoe can never really die instead it lives on.