Blueface family drama get nastier as he leaks surveillance footage 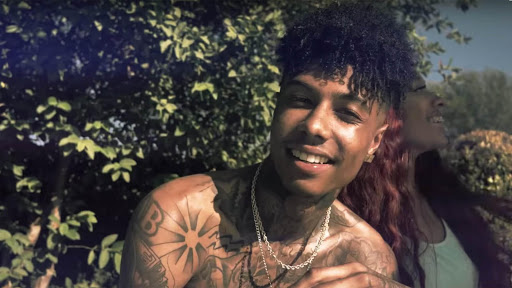 Blueface
West Coast rapper Blueface recently introduced his two girlfriends and since then, the amount of drama that has engulfed his world has been insane. He has been having issues with his mother and his sister and these issues that culminated in him kicking both his mother and wife out of his house.

The Thotiana rapper was caught in the middle of a dispute that erupted between his two girlfriends and his family when one of the ladies refused to greet his mother. A video then quickly surfaced that showed the rapper kicking his mother and sister out of his house.

But a new video that he has shared on social media indicates that there might be more to the story than was originally told.

As I said, Blueface shared a video that indicates his mother might not have told the entire story then he went in on his fans whom he accused of turning on him without giving him a chance to tell his side of the story.

All I can do is wonder how a family can have so much drama surrounding them especially if it is true that he bought his mother an apartment to call her home.