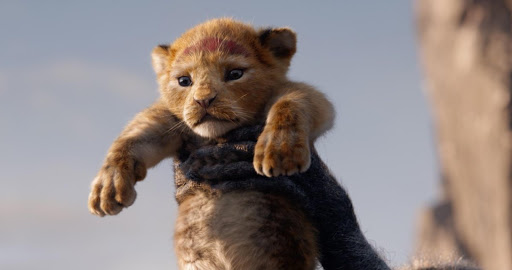 DsygcngVsAAPrIV
The Lion King is one of Disney's most iconic movies of all time. When the announcement was made that they would remake the movie in a live-action animation. The response was ecstatic. TV spots and featurettes have been released after the official trailer release. On July 2nd Disney studios released another featurette with Donal Glover, Seth Rogen and Billy Eichner(Simba, Pumbaa and Timone) singing "Hakuna Matata."

The movie is set to release in theatres on July 19th in theatres worldwide. The featurette interviews a number of people involved in the project from Donald Glover who you might know from "This Is America" portraying Simba, Seth Rogen from 'Pineapple express" playing Pumbaa John Faverou who directed the first Iron man movie, the Jungle Book among others.

The bar is set pretty high and Disney has spared no expense with the budget being 250 million dollars. They have massive shoes to fill with the original Lion King released in 1994 is a cult classic winning Elton John an Academy Award for the best original song"Can you feel the love."

Hans Zimmer who was the composer for some of the most iconic movies of all time such aside The original Lion King, for which he won the Academy Award for Best Original Score in 1995, the Pirates of the Caribbean series, Interstellar, Gladiator, Inception, Dunkirk, and The Dark Knight Trilogy is the composer for this current Lion King. So you know they're in good hands. Pharell Williams who needs no introduction joins him.

It seems as if Disney is having a resurgence of their classics. The Jungle Book, Aladdin and now the Lion King are all getting remakes. Well just have to wait and see what they remake next.